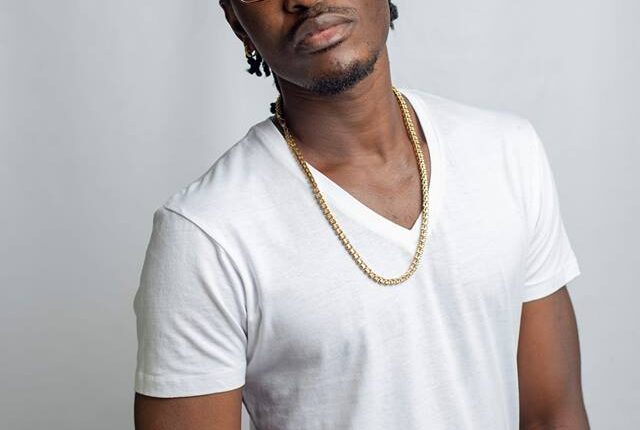 The ‘beef’ between Ghanaian musicians Kwaw Kese and Tinny just got a bit of spice added to it.

Days after Kwaw Kese threatened on radio to ‘slap’ Tinny anywhere he met him, Tinny has responded saying describing the Abodam singer as ’empty barrel’ and ‘cheap’.

In a post, Tinny opened a can full of worms about Kwaw Kese accusing him of dating an old woman just to survive. Again, he accused him of buying awards just to stay relevant.

Kwaw Kese in a recent interview accused Tinny of being irresponsible hence living in his mum’s house at his (Tinny) age.

Tinny responded to that saying, he’s enjoying the fruits of his responsible mum unlike Kwaw Kese.

Its funny to hear Kwaw kese saying he’s gonna slap me when we meet. Eeeeee sane eee! waaaa mmmm! I know he’s frustrated. I expect him to do his homework well and progress.
By chance he made some hits back then,but because he doesn’t have a career, greed led him into dating an old woman so he can survive; “buying of awards for him among others”….. can you imagine🤥🙆‍♀️🤦‍♂️ such a cheap boy!!!!
I simply shared my view that you’re a wack rapper, so prove me wrong by releasing hits or better still call for a challenge since we’re both rappers,that would have been better than him talking anyhow on radio. #PureJunkieboy
I over heard him say, “at my age I’m still living in my mother’s house with my kids” Yes!!! Its because my mother lived a good life so she have properties. I’m enjoying from my responsible parents hardwork. #RickyNaabadu✌🏽Besides its not my style to be posting everything on social media…. “I have this and that”. I don’t do such, so I don’t blame him. Am not a social media millionaire! Empty barrels makes the most noise. He must come for lessons.
#RealThingWeDo #GodBless #BMF #RegularChampiom #KakaChiiii”