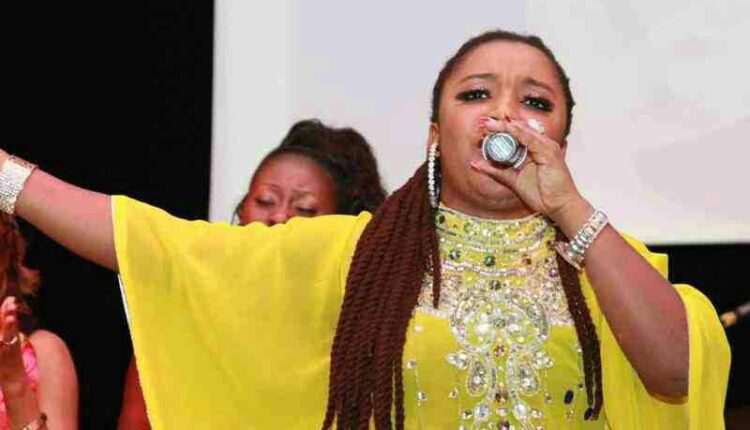 Female Ghanaian Gospel musician Francisca Sarpong has claimed ownership of an unwholesome tape  played over the weekend on Accra based Adom FM although her name and her supposed lover Ernest Opoku have not been mentioned yet.

In a statement released by her management on Monday September 30th 2013, the artist vehemently denied any amorous relationship with Ernest Opoku who she described as a true inspiration and friend who helped her in recording some of her songs.

She however apologised to all who were affected and disappointed in one way or the other because of her utterances and stated she was pushed to the limit as she had for a long time resisted any altercation with Ernest Opoku’s wife, the one who accuses her of being romantically involved in a relationship with her husband.

On behalf of our artist Francisca Sarpong, we wish to apologise to the entire Ghanaian community and the world at large for the unwholesome tape that was aired on Adom fm over the weekend and has since been circulating in the media circus.

The entire management and artist claim full responsibility of the tape which was unfortunately made available to the press by the other party (Ernest Opoku’s wife) after a heated phone argument.

We wish to state emphatically that our artist has absolutely nothing to do with Gospel musician Ernest Opoku who has since the beginning of our artist being a backbone and motivator unlike the general public is being made to believe and we find it worrying why the tape would be made available to the press if not only for evil intents after our artist had kept silent on series of abusive text messages and voice notes via viber.

Our artist was pushed to the wall after been accused of a romantic relationship with Ernest which resulted in the tape which is currently been circulated by the wife.

As stated earlier, we apologise to the entire world and pray we keep hopes alive as the people with evil intents wish the downfall of our artist.