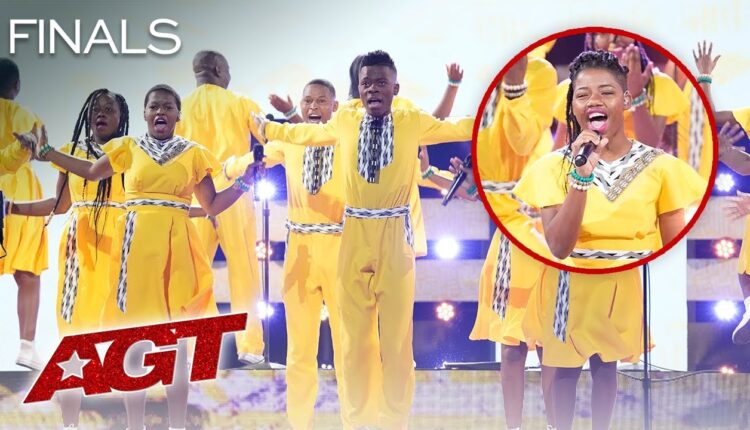 The Ndlovu Youth Choir’s performance at finals of America’s Got Talent will leave you teary-eyed and beaming with pride.

The choir, which sings in all 11 South African languages, had the crowd and judges dancing this morning when they performed  Africa  by American band Toto.

Shortly after their performance, the group took to social media and called on people to vote for them. Voting, however, is restricted to the United States. The winner will be announced later tonight and South Africans can catch that live on Thursday morning from 2am.

“Tonight we were proud young ambassadors of a united world. We just performed in the grand finale at America’s Got Talent! Help us end our incredible AGT journey on a high, we need your vote,” the post read.

Watch their performance below.

pic.twitter.com/0cHbrFcsRc Tonight we were proud young ambassadors of a united Africa. Africa has the worlds youngest population and our hope is that our performance reflected the talent, opportunity and potential of millions of young people. One nation, one continent. #Africa #Agt

@ChoirAfrica you will never know how much happiness, pride, hope and love you have filled us South Africans with over this time! You have won either way 👏👏👏👏 #NdlovuYouthChoir #AGTFinale https://t.co/2a2ftPZ7iV