Gloria Osei-Sarfo: I Had Long Waited For A Role Like Abena Baafi In ENO 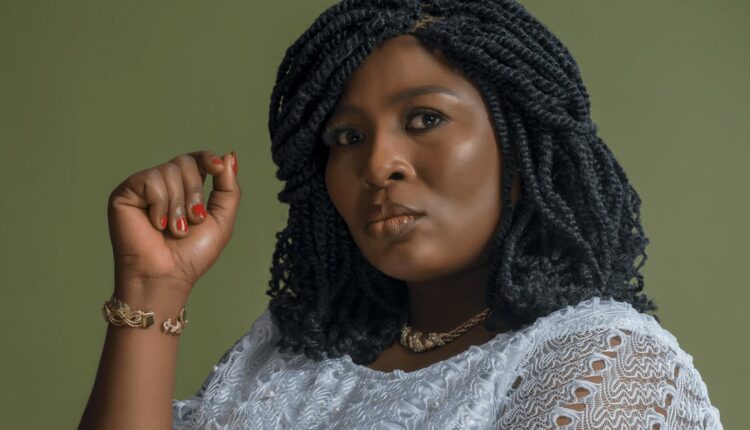 Ghanaian actress Gloria Sarfo is excited about her role in Showmax’s first original in Ghana, ENO.

The actress who plays the lead role explains her excitement and how she landed the role in this new interview.

Gloria Osei-Sarfo: I’ve waited for a role like Abena Baafi for a long time

“Why ENO? Why that name?” Gloria Osei-Sarfo asked herself when she first heard about ENO. This curiosity was one of the reasons she was drawn into the role of Abena Baafi, the overbearing mother at the heart of the new Ghanaian drama series now streaming on Showmax.

The other was the fact that it was a Shirley Frimpong-Manso project. They had worked together before, on two of Shirley’s biggest productions – the romantic comedy The Perfect Picture: 10 Years Later and Ghana’s most popular telenovela Dede.

But ENO was different. It was Gloria’s own story. And she admits she had waited for a long time for a role like Abena. “Getting this opportunity was a high moment for me,” Gloria says. “I accepted it with my all and applied all the skills and practice I’d acquired over the years.”

Abena is no ordinary mother. She’s looking to marry off her three daughters to the highest bidder, and she has no qualms about parading them, literally, in front of rich suitors. But Abena’s actions and theatrics are much more layered than meets the eye. She’s a mother passing down her trauma from her failed marriage to her children. It’s no easy role to play for Gloria.

“I enjoyed playing every single scene of the Abena Baafi role. But rather struggled to understand most of her decisions, actions and inactions,” she says.

In this interview, Gloria talks more about her role on ENO, working with Shirley again and what it means to star in the first Showmax Original title in Ghana.

How does it feel to embody a woman like Abena Baafi?

Well, first of all, I’d waited for a role like Abena Baafi for a very long time. I realised that the role required a mature mind and attitude, and so simply put, I had to “become” a mother and live the character.

On a personal level, what do you think about her?

Well, I think Abena Baafi is a strong-willed woman who wants nothing but the best for her daughters. But mostly, she makes certain drastic decisions blindly due to her past experience. Above all, I think Abena is an example of a good, God-fearing, caring mother with a little bit of selfishness.

What was it about this story that made you want to be part of the project?

Every single thing about the story, from the concept to the quality of screenplay to the character Abena Baafi and every other character that tells the entire ENO story. The story is simply unique and everyone can relate to it.

Talking of relatability, do you think ENO is a familiar story in Ghana?

I think it’s relatable, but ENO has a different twist altogether. Yes, every mother wants the best for her children, so literally the ENO character traits can be found in almost every mother, the content is a total pendulum swing from the usual, thanks to the brains behind it.

What would you want Ghanaians to learn from Abena Baafi’s story?

I’m expecting Ghanaians and the entire continent to watch ENO and change their narrative about family, relationships and lifestyle accordingly. And above all, have a beautiful viewing experience with ENO and Showmax.

You’ve worked with Shirley Frimpong-Manso before on The Perfect Picture, how was it working with her again on ENO?

Working with Shirley has always been a dream come true. She challenges me to bring out the best in me. I prayed, persevered and worked so hard towards this reality, so I don’t take any project from her for granted at all. The Perfect Picture: 10 Years Later was a huge step in my career, but ENO was a huge surprise and a different experience altogether. Being on set with Shirley and the entire team from Sparrow Studios is always exciting and extremely fulfilling. They’re adept with an extreme level of professionalism. In short, Shirley is a superwoman.

How about working with Mariam Owusu-Poku, Esi Hammond and Emelia Asiedu as your daughters?

Oh, my girls, they’re such amazing young ladies. I’d worked with Emelia on the set of Dede, and meeting Esi and Mariam, for the first time, didn’t feel like it at all. We bonded effortlessly. We vibed and rehearsed together gracefully, building some great chemistry. In fact, the bond grew speedily from 0 to 100 and became even stronger as we journeyed.

ENO is the first-ever Showmax Original in Ghana, how does it feel to be part of this project?

The feeling is just unexplainable. It is very fulfilling to be part of the first Showmax Original in Ghana. I literally feel like a history-maker.

Catch Gloria Osei-Sarfo as Abena Baafi on ENO on Showmax, with new episodes every Thursday.

Masters Of The Industry (MOTI) Launched In Africa