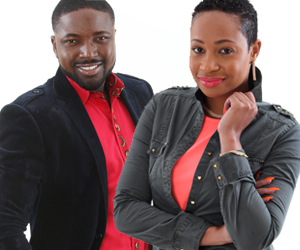 Elikem the tailor as affectionately called will be in Zimbabwe to meet his fans. The announcement was made on the Team Pokello Facebook page.

Elikem won an all expenses paid trip to Kenya after he was voted most romantic gesture for serving Pokello breakfast while in bed, beating other BBA hot couples such as Zimbabwean Hakeem Mandaza and Cleo from Zambia.

Already, Zimbabwean fans are warming up to Elikem whom they lovingly call “son-in-law”.