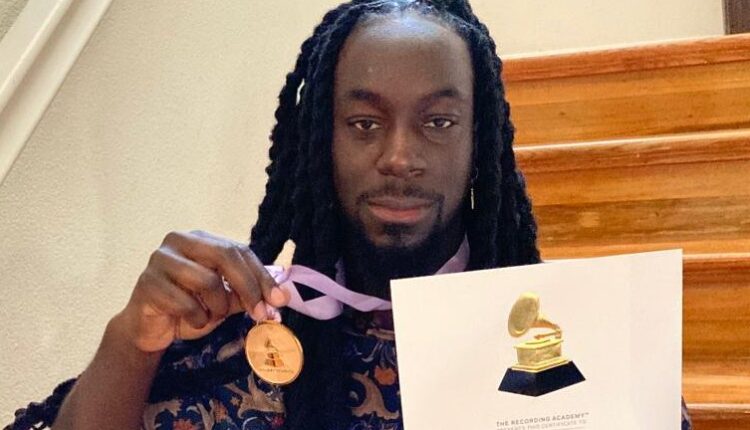 The Recording Academy has presented Edgar Nabeyin Panford, the Ghanaian record producer, his Grammy Award nomination certificate for works he did for American rapper Kanye West.

Delivered last week, the certificate was in recognition of Nabeyin’s role in producing Kanye West’s Donda album which was nominated for the Album of The Year at the 64th Annual Grammy Awards ceremony held at the MGM Grand Garden Arena in Las Vegas on April 3, 2022.

The certificate reads “The Recording Academy presents this certificate to Edgar Nabeyin Panford in recognition of your participation as Producer on the Grammy Award-nominated recording “Donda” (Kanye West) Album of the Year at the 64th Grammy Awards Year 2021”.

As the only peer-recognized music award, the GRAMMY is the music industry’s highest honour.

The 27-track collection features guest vocals from the Sunday Service Choir, Jay-Z, Playboi Carti, Lil Baby, the Weeknd, Vory, Kid Cudi, DaBaby, Baby Keem, and Marilyn Manson, among various others; vocals from Chris Brown were also included prior to the album being updated.

Nabeyin is a multi-platinum music producer from San Bernardino, CA but of Ghanaian origins.

He has been producing for about 14 years and has had the opportunity to work for Drake, Nas, The Game, Miguel, Nav, Isaiah Rashad, Rich The Kid, BET and more.

After an industry stakeholder and media engagement in Accra last June, Nabeyin is planning to organize a music camp for Ghanaian music talents in Accra by December this year.