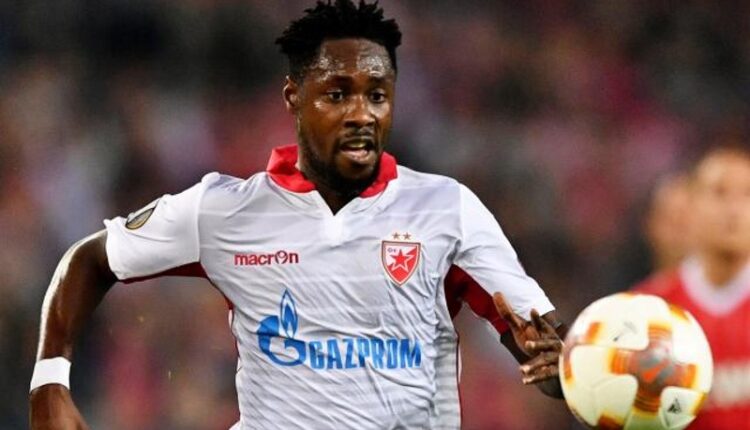 Ghanaian international Richmond Boakye Yiadom has been ranked the most expensive player at Red Star Belgrade.

The 25 year old who made a return to Serbian side Red Star Belgrade on August 31, 2018 placed first with a current market value of 4 Million Euros.

This is the second highest since a 6 Million Euros in December 2016.

With an impressive track record of hitting behind the net on several occasions for his club, his composure and experiences has been a great asset to the club.

In the last two season, Red Star Belgrade have earned € 42.1 million in football business, which includes sale of players and tickets for match days.

Out of the € 42.1 million proceeds, they spent € 8.49 million in purchase of players before other expenses came in to get them a total profit of € 26.9 million.

WATCH: KiDi Teams Up With Kuami Eugene And Pato Ranking On…