Genesis Owusu, The Ghanaian Singer Whose Song Made it To Barack Obama’s Favourite Music Of 2021 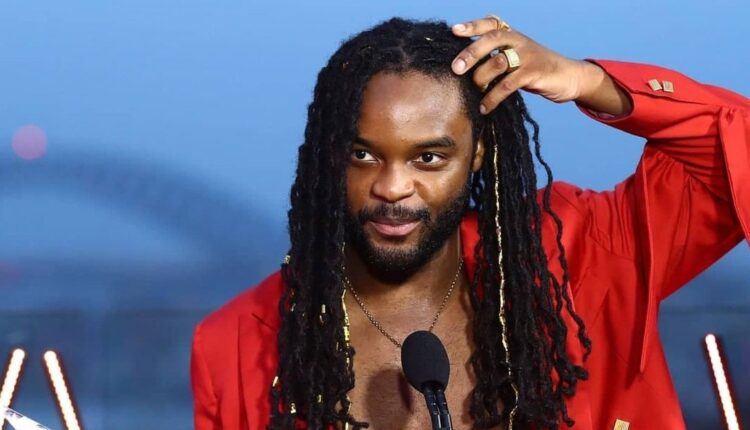 That time of the year when former American President Barack Obama releases his list of favourite music for the year is here!

Gradually becoming a moment many music lovers look forward to, this year’s list (27 songs in all) has some of the top-charting songs of the year including Rumors from Lizzo ft Cardi B, Nobody by Nas ft Ms Lauryn Hill and many others.

However, one name that caught our (www.nydjlive.com) attention is Genesis Owusu whose single Gold Chains made it to the list.

Released Off the Smiling With No Teeth album, Genesis Owusu in an interview reveals the theme of Gold Chains as “trying to live comfortably but I’m pursuing a life [in the music industry] that is known to just be fucked up. To be full of vultures, creeps and people that drain. That line is just acknowledging the contradiction and the walking paradox I can be,” he said.

From Ghana To Canberra

Born Kofi Owusu-Ansah in Ghana, music was in Genesis’ blood from a young age.

“My mum has always been the leader of her church gospel choir and my dad has always loved music. He’s very eclectic in his music taste. I feel like he used to buy CDs before he’d listen to them, so he’d have everything.”

By the age of 3, Kofi and the family had moved to Canberra, but their homeland was still a big part of their lives. He remembers Ghanaian music being played at home “all the time”, in particular, a genre called highlife.

“It’s African party music… you have people singing their hearts out. A lot of the singers could just be regular people, it’s not necessarily a genre where you have to be a conventionally great singer, it’s more about the emotion you can exude from your voice. It’s soul music… with shades on, ready to party.”

Another big influence was Kofi’s older brother Kojo, an artist you might know as Citizen Kay, who created a makeshift home studio.

“We had a study that was supposed to be a communal family study that he hijacked and turned into a studio. I was meeting a lot of characters. I’m sure Ben from SAFIA came in a couple of times.”

Kojo had music coming at him “from all angles”, and one day, his little brother got involved.

“It was inescapable because our house isn’t soundproof. I started making music almost not of my own volition. [Kojo] dragged me in and he was making a beat and was like ‘OK, write a verse to this.'”

So what does their Mum think of their music these days?

Article with additional text from Wikipedia and ABC