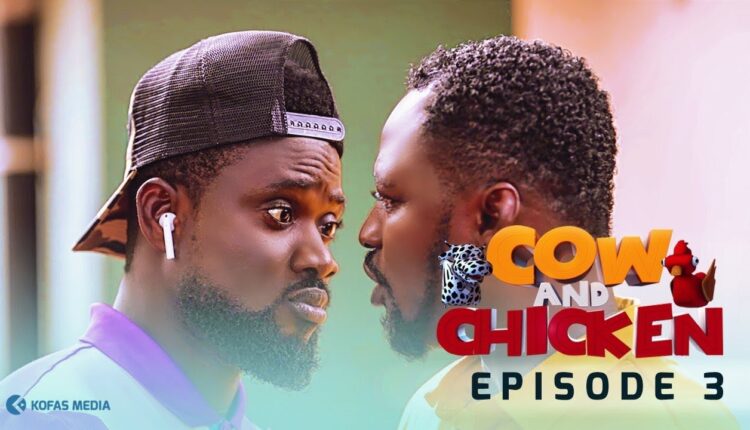 The seemingly good relationship between Ghanaian comic actors Funny Face and Bismark The Joke have hit a snag.

The beef between Lilwin and Funny Face seem to have roped in many others as executive producer of Jamestown Fisherman TV series, Daniel Kofi Ewusie popularly known as Tiaso of Kasoa Trotro slams Bismark The Joke and accuses him of hiding behind and supporting Lilwin to attack Funny Face.

In a video chanced on by Ghana’s Hub For Pop Culture & Urban Entertainment News –  www.nydjlive.com, the executive producer describes Bismark The Joke as a snitch who undermines the efforts of Funny Face and makes other damning allegations.

His comments come after Bismark The Joke had shared a link to a story captioned “Avoid Inheriting Other People’s Enemies As A Sign of Loyalty“. (The post has since been deleted) 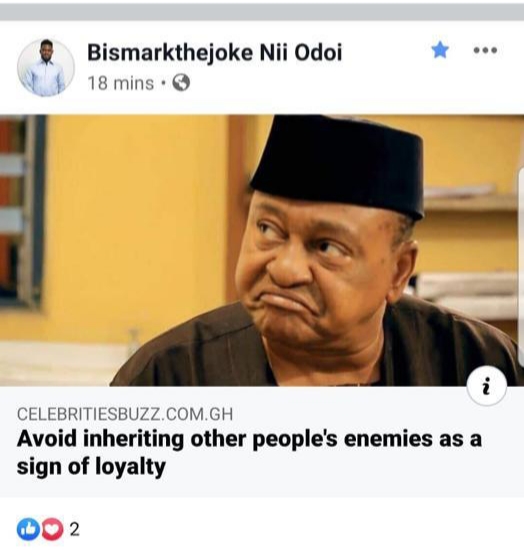 It is immediately unknown how the said post is related to the executive producer or Funny Face.

However, the information we gather indicates that the two (Funny Face and Bismark The Joke) have not been on good terms for a while with one blocking the other on all social media platforms to avoid any engagement.

Until this beef. Funny Face had entertained many with their popular drama and comedy television series Cow and Chicken.

Watch Funny Face and Bismark The Joke talk about cyberbullying.

If You’re Looking At An Honest Man, It Is My Husband – Okyeame Kwame’s Wife Takes On Ambolley

The Church Must Support And Appreciate Their Talents – Diana A. Hamilton