Funny Face Explains his exit from “Chorkor Trotro”; Says TV3 Stabbed Him In The Back 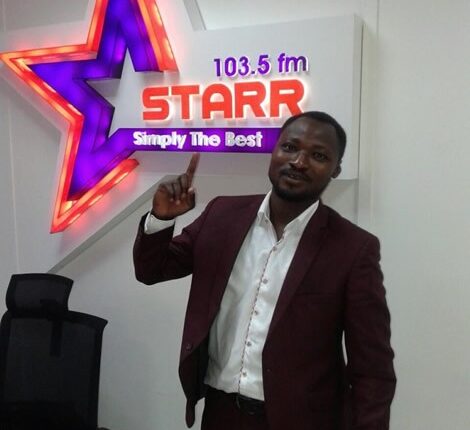 If anyone had told comedian, Funny Face, that TV3 would turn their back on him after he starred in Chorkor Trotro for four years, he would not have believed but that is exactly what he said happened.

The comedian, also known as Swaggon Papa, has not been featuring in the popular TV series since January of this year.

The obviously hurt Funny Face who played Chemu on Chorkor Trotro told Showbiz last Tuesday that, the deal was for TV3 to advertise his merchandise on their network but they refused to do so even though they had promised to.

“They were supposed to help me with my products but they never did. I had some branded merchandise, exercise books, wrist bands, T-shirts, pens and other stuff I begged them to help me promote through the show but they kept turning me down.

“I was disappointed so I walked away to focus on my interests. I can’t be with people who do not have my interest at heart when I needed them most,” he said.

Funny Face, who is als an actor and musician however admitted that Chorkor Trotro played a big role in his popularity. “I know the programme helped me to become Funny Face. I stayed with it for four good years. I was offered gigs in Nigeria, USA, and London but I didn’t accept because I was the face of the programme. I didn’t do movies because of Chorkor Trotro since there was no one to play my role if I took up such engagements,” he lamented.

He said he gave them his word that when they play his adverts on the channel, he would return to the programme but till date, they never did. “They never did so I am also thinking of myself. I am hurt because a cause that I believed in and sacrificed my whole career for stabbed me in the back”, he said.

When Showbiz contacted TV3, Felix Dontoh, Head of Brands, he said they had a very good relationship with Funny Face, “as far as I know, we fulfilled all the promises we made to him and the records are there to show, we have honoured all of them,” he said.

He added that, they treat people they help to expose very well and Funny Face is no exception.

Touching on why he has been off the public radar for some time now, the Kwahu native who recently surfaced on Starr FM as co-presenter of Morning Zoo said he had to ‘lie low’ because he was going through some trying moments.

“You see, I invested heavily in my merchandise project and because TV3 didn’t keep their side of the bargain, things went really bad for me. I was really shattered. It’s been really difficult for me.

“In addition to what happened with TV3, people I had helped in the past said all sorts of things about me, some of which were recorded, and played back to me.

“I have been through trying moments, however, I give thanks to God, my mother and my fiancée, Nana Adwoa, who were very supportive of me. It was that bad and I could have even taken my life but through it all, God still remained faithful.”

“It was massive and the response was great. They loved it and I can’t wait to go back but before that, I need to let my people here at home have a feel of me too.”

He added that, the fourth edition of the Funny Face Fun Festival comes off on November 15, 2014 at the Efua Sutherland Children’s Park in Accra.