From Behind The Microphone (Radio )To The Screens, Stain Makes An Entry Into The Movie Industry 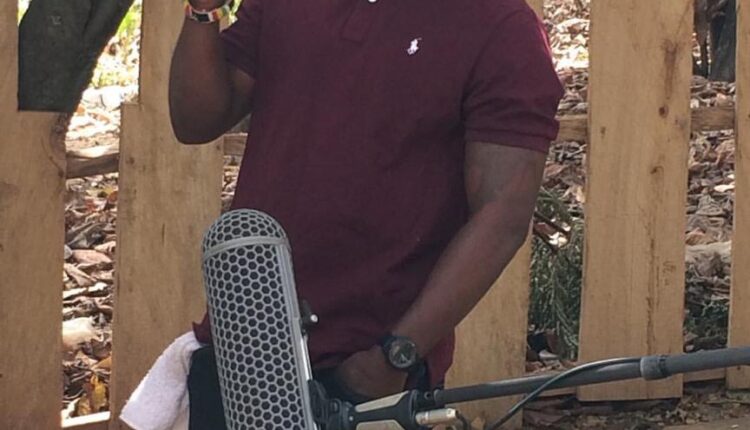 For many, he is the radio presenter from the early 2000’s who would host some of the amazing entertainers in the showbiz industry on Loaded Entertainment; a creative arts review show on All Friends Radio 94.5 but truth be told, he was more than that.

With an interest in making it big on TV screens some day, Vincent Kofi Osei popularly known as Stain started off from the hub of culture, the Centre for National Culture in Kumasi where he joined a theatre group known as Kyeremanteng Play House.

Despite being a novice at the time, his charisma and stage act caught the attention of many directors in the movie industry who sought for his services for both commercial plays and academic projects.

Stain, as he is popularly known was later hired by an academic film director Kwesi Baako (Ras Kwesi) who cast him for a couple of productions. The productions got him endeared to the hearts of several others leading to he securing roles in several TV Series and movies.

Currently on set, Stain joins a number of A list Ghanaian actors including John Dumelo, Kwadwo Nkansah Lilwin, Bernard Nyarko and several others.

Aside acting, Stain loves to travel for obvious reasons. He is currently the face of KOFI DA TOURIST, an international TV show that seeks to sell the African continent as a natural tourist hub to the diaspora.

KOFI DA TOURIST is a collaboration between SIPHOKOFI MEDIA and MADE IN AFRICA LABEL, a south African media house.

Friends Turn Enemies! “Don’t Warn Me, I’m Not Your Kid”…