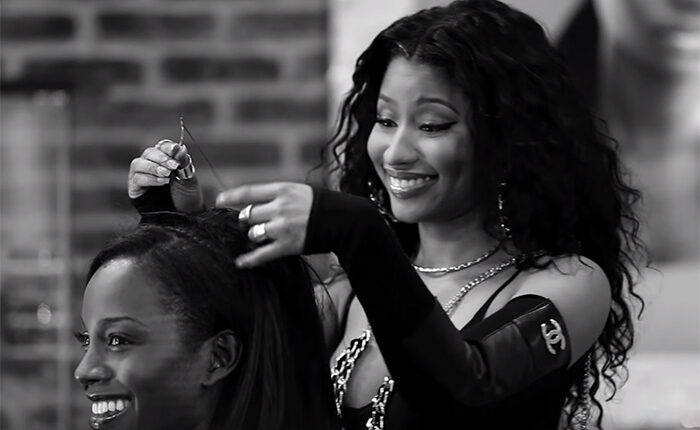 The barbershop is open for business once again. Ice Cube has shared the first footage from Barbershop 3, the third instalment in the comedy franchise.

In the behind-the-scenes clip, Cube takes us back to Calvin’s Barbershop in Chicago. Anthony Anderson, Eve, Common, Cedric the Entertainer, and Regina Hall reprise their roles from the earlier films. There are also some new additions to the cast including Nicki Minaj, who stars as Draya, the sassy new hairdresser at the beauty shop.

“We got a lot of new faces that are gonna keep this franchise rolling and going,” says Cube.

The previous two films, 2002’s Barbershop and 2004’s Barbershop 2: Back in Business, grossed a combined $140 million at the worldwide box office.

Barbershop 3 hits theatres in early 2016. Get a first look below.

GUBA Foundation embarks on Campaign to save babies