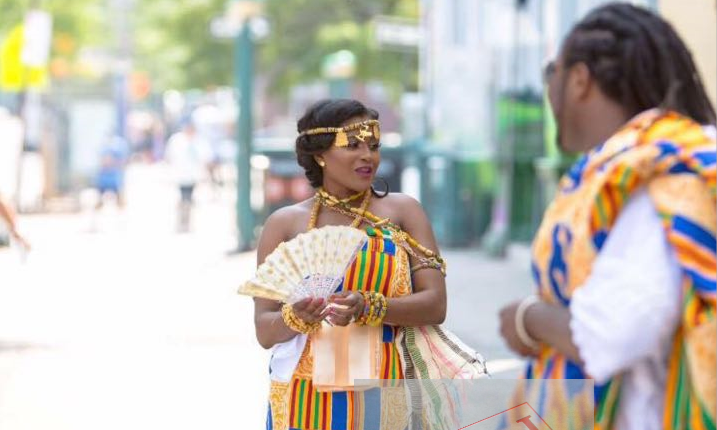 Many will marry and beautifully display pictures from the ceremony but others will hide them for reasons best known to them and that’s exactly what the only surviving member of Ghanaian music group Buk Bak, Prince Bright also known as Bling Sparkles who recently teamed up with former member of legendary music group VIP, Promzy did as he secretly married his fiancee of old Jackie in New York.

According to a reliable and close source who broke the news to us at www.nydjlive.com and furnished us with exclusive pictures, Bright got married to Jackie with whom he has two daughters in low key wedding last weekend.

The news of the secret wedding has however sparked huge uproar among the Ghanaian community in New York as Bright is believed to have been dating a different woman and were already planning a wedding.

DETAILS coming up soon on www.nydjlive.com

Check out some photos.