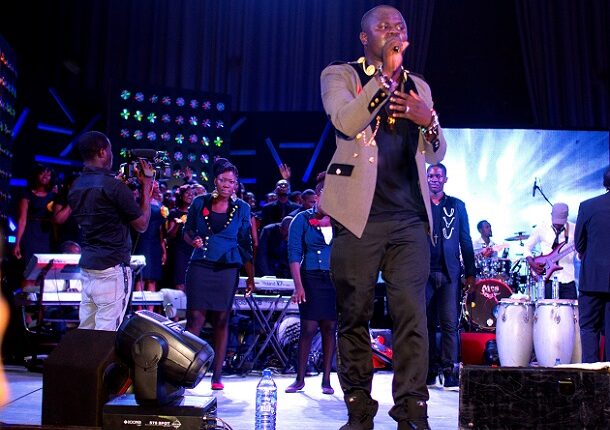 In a string of tweets, the musician who seemed totally dissatisfied at the allegation called for George Quaye to explain what he meant by the accusations.

He also entreated fellow Gospel musicians to boycott the Ghana Music Awards until the people who offered bribes were brought to book since the comment was a total disrespect to the musicians.

When they sell the award they come back later to say someone paid bribe. They sell if they are the same people who know they pay. Sellah.

You cannot generalise when you know the specific folk who came with the bribe. Pure nonsense and foolish.

If awards are not for sale no one will go there with money to buy. So let's know the buyers.

Gospel Artists should boycott @GHmusicawards until they name the ones who came with bribe for awards. GeorgeQuaye since you claim, name them

As reported by entertainmentgh, George Quaye who doubles as host of Pundit, an entertainment review show which airs on GhOne TV during a discussion (‘The Dark Side of Ghana Music: The envy, hatred and malice in the GH. Gospel Music Fraternity. A reality, perception or myth?”), stated emphatically that, the most offers of bribe that come to him as an Executive of the scheme were from gospel artists.

According to him,  a lot of gospel artists have offered him bribe in exchange of picking awards.

The Vodafone Ghana Music has since its inception been hit with several allegations of bribery but none has since been substantiated.