Femi Kuti Honoured with a Medal from the Grammys 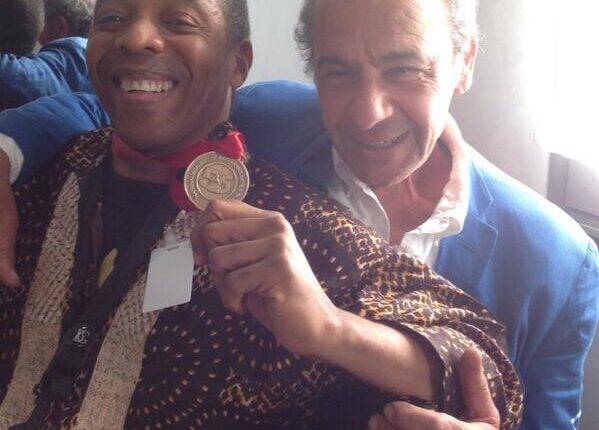 After four unsuccesful attempts at picking up any award for nominations in the Best World Music Album categoryat the Grammy Awards celebration, the Nigerian music legend Femi Kuti has been honoured with a medal from the prestigious awards organizers for his nominations.

Although Femi has always been vocal about losing continously and made it known that he doesn’t plan attending any further awards ceremonies if nominated, he couldn’t hide his joy as he took to twitter to share a picture with his followers.

Received A medal for my nomination from the Grammy yesterday brought "smiles" pic.twitter.com/eHTpkHds4f