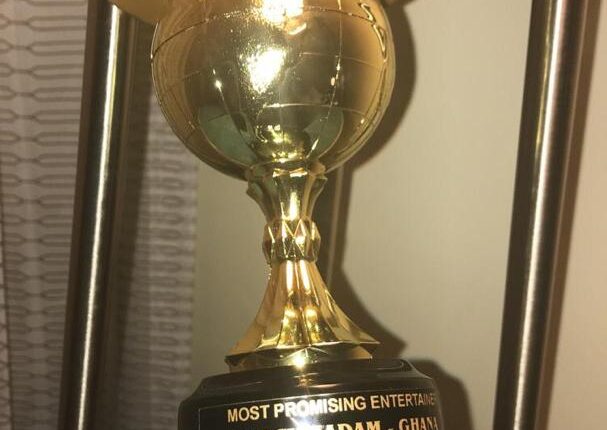 Total Cheat hit maker Fancy Gadam has been crowned the most promising entertainer at the 37th International Reggae and World Music Awards.

The energetic performer and recording artiste, Fancy Gadam, has been awarded by the 37th International Reggae and World Music Awards as the Most Promising Entertainer.

The event which took place at the Pegasus Hotel in Kingston, Jamaica on the 11th of May 2019, saw a host of global reggae icons grace the occasion.
The Northern Music King, Fancy Gadam, beat other international acts like Koffee, Kabaka Pyramid, Motto-St Lucia, and Dalton Harris to win in that category.

Other Ghanaian acts nominated were Stonebwoy and Shatta Wale.
Established in 1982, the purpose of IRAWMA is to acknowledge and honor the accomplishments and contributions of reggae and world music artists, including songwriters, performers, promoters and musicians.

Produced by Martin’s International, the IRAWMA has been staged in many major cities including Atlanta, Chicago, Fort Lauderdale, Miami, New Orleans, New York as well as Port of Spain, Trinidad and both Montego Bay and Ocho Rios in Jamaica.

The impetus behind the IRAWMA is its commitment to promoting greater participation and acceptance of Reggae, the Caribbean and World Music, Internationally.

STATEMENT: National Media Commission Has Not Given Any Specific Directive On…