Fameye Donates To The People Of Apeatse; HInts Of A Music Concert (Photos) 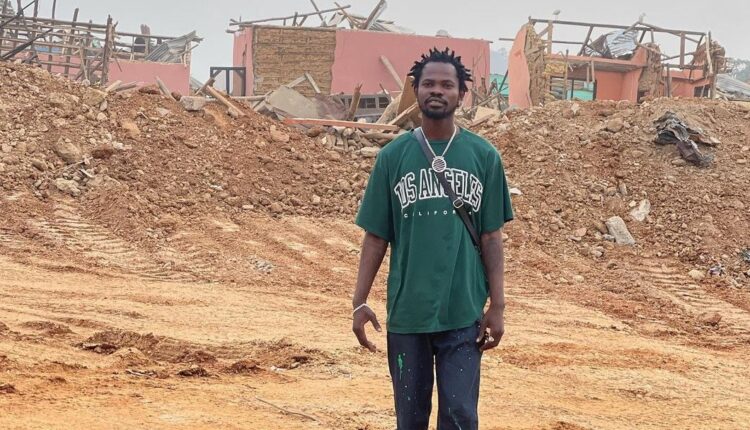 Ghanaian musician Fameye put smiles on the faces of victims of the Apeaste blast as he visited the village over the weekend.

Following a huge blast that led to the death of at least 13 people with many displaced at Apeaste, a mining village situated along the Tarkwa-Bogoso-Ayamfuri road in Ghana, Fameye, together with his team presented gift items including food, water, drinks, sanitary items and an undisclosed amount of money to the people.

A native of Bogoso, a community every close to Apeatse (where the blast occurred), Fameye who was recently enstooled as Wasa Nyankonton (The Rainbow of Wasa land) by the Chief of Wasa also hinted of a music concert to further put smiles on the faces of the people.

On Friday, January 21, 2022, a truck carrying explosives to a gold mine crashed with a motorcycle near the town of Bogoso causing a huge explosion.

The explosion ripped apart the nearby village of Apiatse as many houses were completely flattened, leaving at least 380 people without shelter.

The impact of the explosion has left a crater on the major highway, forcing the police to divert traffic.

The victims are currently trying to rebuild as they put themselves together.