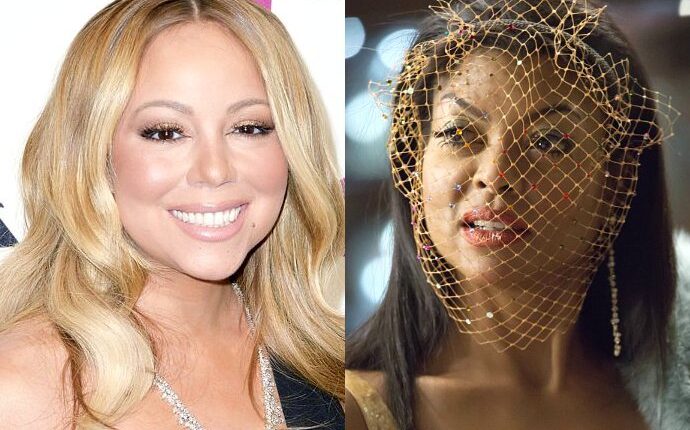 The ‘Touch My Body’ singer will play a mega-superstar who collaborates with Jamal, while Taye Diggs will be a love interest for Taraji P. Henson’s character.

Mariah Carey is finally joining “Empire“. The R&B diva is set to guest star in season 3 of Lee Daniels’ music drama. FOX announced her upcoming appearance on the show at the Television Critics Association summer press tour on Monday, August 8.


The “My All” songstress will not play herself. She will portray Kitty, a mega-superstar who comes to Empire to collaborate with Jamal Lyon (Jussie Smollett) on an explosive new song. When the duet encounters obstacles, Kitty helps Jamal dig deep to overcome personal difficulties and reach a musical breakthrough.

Her episode will air October 5. Series creator Lee Daniels previously teased Carey’s guest stint in September 2015, saying that she would likely appear in the second season finale. That didn’t happen though.

Other guest stars in season 3 include Taye Diggs and rapper French Montana. It has just been confirmed that Diggs’ character will be very much involved with Cookie (Taraji P. Henson). “His story is all about Cookie,” teased executive producer Ilene Chaiken.

She added, “It starts as a Jamal story and then intersects [with Cookie].” Asked if Diggs’ Obama-esque Angelo Dubois would be a new love interest for Cookie, Chaiken responded, “He certainly would like to be.”

Chaiken also didn’t rule out the possibility of a spin-off centering on the Lyon matriarch. “There certainly could be and we talk about it,” she told reporters. “I think the show offers so many opportunities. There are potential spin-offs with Lucious and Cookie’s characters, sure.”

Of the possibility of a crossover with FOX’s upcoming music drama “Star“, Chaiken said, “We haven’t talked about it yet. I think the show needs to launch first. But certainly, there’s potential for it. The worlds, they’re both grounded worlds and stories about music, so it’s not outside the realm of possibility.”