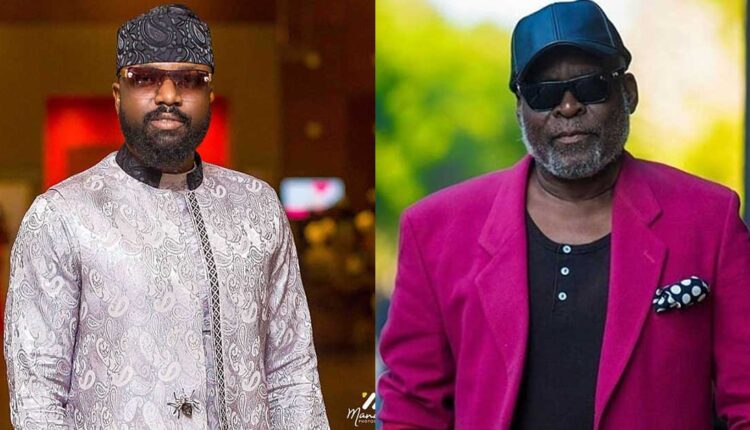 An actor by mistake and tailor by profession, Elikem Kumordzi has come under immense criticism on social media for a recent banter with veteran actor Kofi Adjorlolo.

In a  viral video, the  Big Brother Africa contestant turned actor is seen in a heated argument with actor Kofi Adjorlolo who had asked that film producers pay him his due.

The call would however not sit with the young tailor who opines that actors and actresses must look out for other jobs and not rely solely on producers to make a living.

His outburst and arguments have since generated a lot of talk on social media as many including actors have openly chastised him for being arrogant and disrespectful in his arguments with the veteran actor.

Ever since the backlash,  Elikem who prides himself in dating old rich women aside his profession has gone silent on social media and is yet to respond to any of the damning messages about him.

Not too long ago, veteran actor Kofi Adjorlolo furiously stated a number of film producers owed him and was not enthused about it. His utterance sparked calls for people in the creative arts to be well paid for their jobs.

Watch the video from below and check screenshots for reactions on social media.