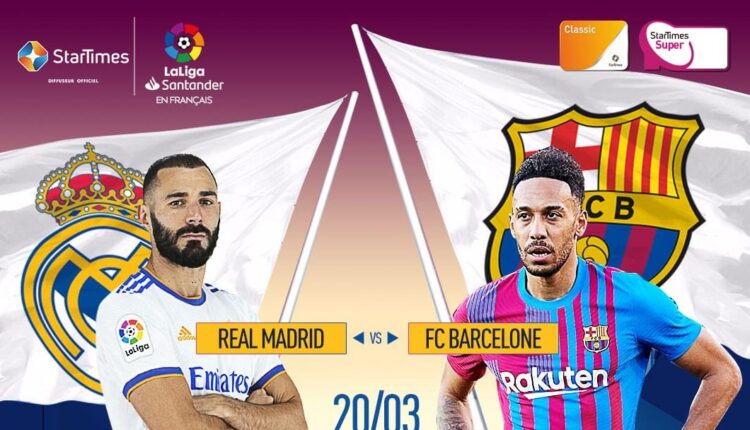 It will be the 184th El Clasico in La Liga, with history slightly favouring the home side, who have won four games more than their rivals, while 35 matches have ended in a draw.

The recent history between the two clubs has been even more lopsided, with Los Blancos winning the last five games – four of which were in the La Liga and one in the Super Copa.

Both teams go into Sunday’s match on the back of convincing victories in their last outings, with Barcelona beating Osasuna 4-0 at home, while Real won 3-0 at Mallorca on Monday.

Two of the goals in Real’s victory were scored by French international Karim Benzema, who many consider as the best striker in the world at the moment.

The 34-year-old leads the scorer charts with 22 goals – eight more than his teammate Vinicius Junior.

The two goals Benzema scored against Mallorca took him to within 12 goals of the total Real legend Raúl scored for the club, having overtaken another legend, Alfredo Di Stéfano midweek.

After becoming Real’s third-top scorer, Benzema thanked his teammates. “I’m proud and happy. But it’s down to the whole team, it’s a result of everyone’s efforts. The team, the guys on the pitch, the guys who didn’t come on but are always helping their teammates. Then there are the coaches, the fans,” he said.

Barcelona, meanwhile, has found their La Liga form, winning six of their last seven matches. Their change in fortunes seems closely aligned with the arrival of Pierre Emerick Aubameyang from Arsenal.

The Gabonese international has played in all six league matches since making the move from England to Spain and has scored five goals, including a hat-trick against Valencia.

Blaugrana coach Xavi sang Aubameyang’s praises after the victory against Osasuna. “Aubameyang is a present that has fallen out of the sky. It’s not just [the goals], it’s how he trains and his professionalism. He’s an example.”

African football fans will be able to see the match-up between Real and Benzema on the one side and Barcelona and Aubameyang on the other, as the game will be shown live on the StarTimes Sports Premium channel 246 available on the StarTimes Super bouquet for only GHC 79 per month.

Africa’s leading digital-TV operator in Africa broadcasts all the best action from the La Liga live throughout the continent.

Make sure you catch all the action.