Editorial: Why Samini Could Really Be Fake 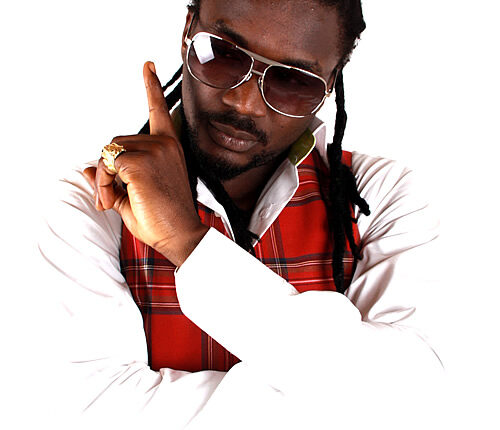 I just find it somehow interesting when some Ghanaian musicians who are suffering to make a living compared to their Nigerian counterparts find time to “beef” and diss each other all in the name of showbiz. Mensa Ansah, a pioneer in the hiplife movement expressed his sentiment on this issue on Twitter which I found very interesting;

Back and forth rebuttals, about who’s real; in fake Jamaican accents and slurrs … It was cute when I was 15. Gh music is a dry joke.

I’m sure by now, you might have heard of the song Pink Sheet, a mixtape released by dancehall and reggae artist Samini which aside Sarkodie casts a swipe at unmentioned individuals in the Ghanaian music industry and calls other artists fake.

This got fellow reggae and dancehall artist Iwan to react describing Samini as “faker” in a facebook post.

Although not so much into Rastafarianism and its associated culture, my little experience and reading on Snoop Lion, formerly Snoop Dogg and his decision to venture into that culture and the uproar by that (Rastafarian)community gives me a fair idea as to why Iwan may want to describe Samini as “faker”.

It must be well noted the Rastafarianism is a culture is made up of individuals who believe in being real and pure in heart and as a result find it difficult accepting different people who are not real.

Talking about reality and starting from Snoop Dogg’s all of a sudden decision to become a Rastafarian and doing reggae songs was, he was seriously met a huge resilience by the brotherhood especially by Damian Marley, son of the late reggae icon Bob Marley who described Snoop Dogg as fake; a similar situation Samini finds himself.

From my little research, it was established that the early days of Samini as a musician was that of hiplife artist until some few years back when he zoomed into doing dancehall and reggae therefore the believe that his decision to join the fraternity was not a calling into the culture therefore making him fake; a similar situation to Snoop Dogg, now Snoop Lion.

Iwan on the other hand on any day may have the rights to describe Samini as “faker” as he has stayed true to the culture till date and has lived with it.

It is however surprising the Raggae community has had nothing to say about this until the “fake” artist rather described others as “fake” ,perhaps a clear case of a butterfly cannot call itself a bird not to talk of calling similar creatures birds.

Has Samini been an out and out reggae and dancehall artist or just venturing into the genre and belief and already claiming the title of the “King” when the pioneers of the movement silently watch him and the others make a folly of themselves?