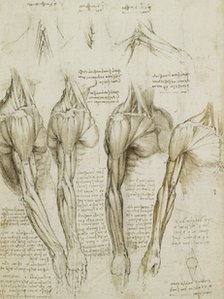 A mix of old and new will take centre stage at this year’s Edinburgh International Festival.

The programme for the event has been unveiled by director Jonathan Mills.

The attractions will include Beethoven being played in a spaceship and Leonardo da Vinci’s drawings being combined with modern technology.

The festival, which runs from 9 August to 1 September, showcases global talent in theatre, dance, music, opera and the visual arts.

The programme will include an orchestral work created using sound files supplied by by the public.

Beethoven’s opera Fidelio will be set on a spaceship in a production by media artist Gary Hill, while da Vinci’s groundbreaking anatomical drawings will be shown alongside the very latest medical imagery in The Mechanics of Man.

Award-winning Scottish theatre company Grid Iron has a new, interactive performance which will lead the audience to an “out of this world” location on the outskirts of Edinburgh.