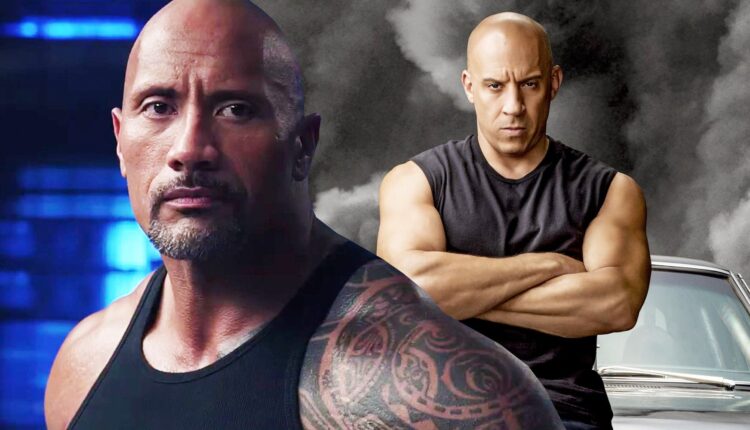 Dwayne “The Rock” Johnson has plenty of reasons to toast 2021 with some Teremana.

He produced and starred in two hit films, “Jungle Cruise” and “Red Notice,” debuted his biographical sitcom “Young Rock,” saw unprecedented sales growth with his Teremana tequila, and became the most followed American man on Instagram with 285 million followers.

At 49, with grit, charisma and determination to “deliver the goods,” Johnson has segued from professional wrestler to movie star, major entrepreneur and someone nearly half of America would like to see as the next president of the United States, according to one poll.

In a recent interview with CNN, Johnson addressed hype around his possible return to the “Fast and Furious” franchise and his potential political ambitions. He also offered a glimpse at how he plans to top his blockbuster 2021.

The conversation, which has been lightly edited for flow and clarity, follows below.

You’ve seen some great successes, any highlights? Reflecting back, anything you wish you would have done differently?

“I worked hard, had some luck on my side and was able to accomplish a few things in 2021. A few highlights that come to mind, one would be completing two massive Seven Bucks Productions films, ‘Red Notice’ and ‘Black Adam.’ (Set for release in 2022.) Both presented a lot of challenges during Covid, but like so many businesses out there, we adjust, get clarity, create our new Covid strategy and get to work. Seven Bucks also just completed — two weeks ago — our second season of NBC’s ‘Young Rock.’

I’m quite proud of everyone’s efforts and talents to get the job done and deliver quality. And the other businesses in my portfolio have shown tremendous growth and moved along nicely in 2021 — Teremana Tequila, ZOA Energy, Project Rock and XFL. As for anything I would’ve done differently in 2021, sure, I would’ve listened to my gut when it was telling me to slow down a bit. Enjoy these moments even more with your family and friends, because at the end of the day these joyful moments are the s*** that really matters in life. Sorry to cuss but that’s the truth. Good lesson to always listen to that voice in your gut.”

There was a lot of buzz that you may rejoin the “Fast and the Furious” franchise. We saw that Vin Diesel recently posted he wants you back. We know you addressed potentially returning months ago, but were you surprised by Vin’s post?

“I was very surprised by Vin’s recent post. This past June, when Vin and I actually connected not over social media, I told him directly – and privately – that I would not be returning to the franchise. I was firm yet cordial with my words and said that I would always be supportive of the cast and always root for the franchise to be successful, but that there was no chance I would return. I privately spoke with my partners at Universal as well, all of whom were very supportive as they understand the problem.

Vin’s recent public post was an example of his manipulation. I didn’t like that he brought up his children in the post, as well as Paul Walker’s death. Leave them out of it. We had spoken months ago about this and came to a clear understanding. My goal all along was to end my amazing journey with this incredible ‘Fast & Furious’ franchise with gratitude and grace. It’s unfortunate that this public dialogue has muddied the waters. Regardless, I’m confident in the ‘Fast’ universe and its ability to consistently deliver for the audience, and I truly wish my former co-stars and crew members the best of luck and success in the next chapter.”