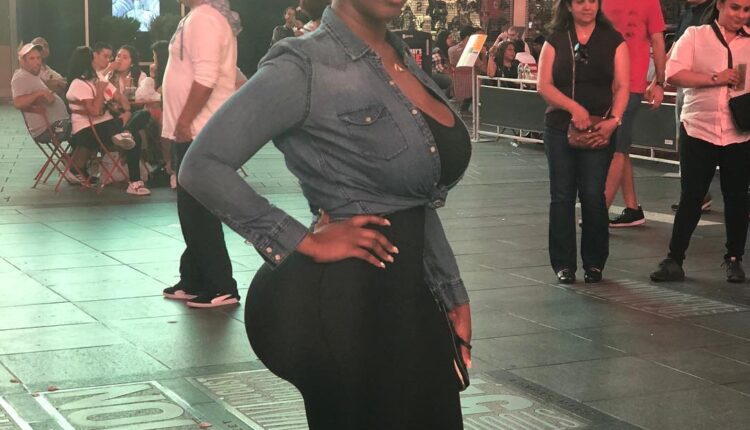 As Scorpion season nears, Drake has been taking a few women out on test dates. Dating cannot be the easiest thing in the world when you’re worth millions of dollars and paparazzi follows you around everywhere.

Regardless, Drizzy has been keeping busy with a few women. First, he was spotted hanging out with English singer Raye. Then, he seemingly moved on to model Malaika Terry before possibly settling with Zmeena Orr.

The curvy Zmeena is the most recent lady to have been pictured out and about with the Canadian superstar and she has helped to promote his upcoming album on her socials.

However, her appearance with the 6ix God has made a few people jealous, heading to her comments box to trash her and spread negative messages to which she felt the need to respond to.

Noting that this is the last time she will speak to the haters, Zmeena seems to be experiencing a larger influx of rude messages since being spotted with Drake. The adult film star addressed the masses, writing;

“I’m a woman before anything I think it’s ashamed that all these women I love so much and would embrace with open arms if I ever met you in person try their best to hurt and tear me down by saying whatever they feel will hurt me.” Continuing her long-winded statement, Orr said, “What have I done or said to you to make you hate me??? What’s really crazy is how can you hate a person you never even met and don’t even know!!!”

The actress ended her response with an “SMH” and a face-palm emoji, noting her frustration regarding the entire issue. Hopefully, her message prompts her attackers to halt their disrespect.

I Still Love You All Hater’s, Lover’s & Everyone in between❤. Now this is the Last Time I’m Going to Address this Issue! 😘 #LoveBeatsHate

Blac Chyna And Her 18 Year Old BF Call It Quits