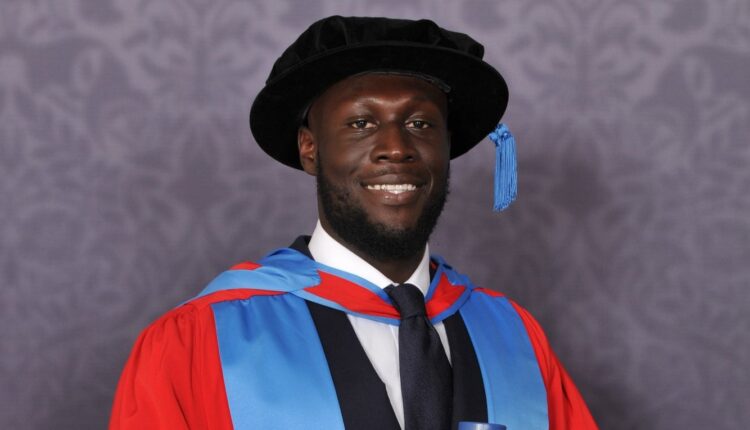 All hail the Rap Doctor!

According to the University, the honour was in recognition of the rapper’s outstanding contribution to society.

He established a scholarship scheme for Black British students at the University of Cambridge.

Stormzy also set up the #Merky Foundation in 2020 and has gone on to pledge millions to tackle racial inequality, justice reform and Black empowerment in the UK.

Last year, the foundation partnered with HSBC UK to ensure a further 30 ‘Stormzy Scholars’ are funded over the next three years covering tuition fees and maintenance costs.

Speaking at the ceremony, Stormzy addressed the room and said: “I feel truly blessed and grateful to be up here receiving this honorary degree. I’d like to say a big thank you to University of Exeter and you guys as well for allowing me to share this moment with you.

“The journey I took to get to this moment has been considerably different to you. You guys have the guts, the grit and the dedication it takes to study for years and to finish a degree, whereas I got my AS results in my first year in college and said ‘see ya later’.

Watch a video of the full speech below.