Don’t Look Up To Me, I’m Not The Standard – Kwasi Aboagye 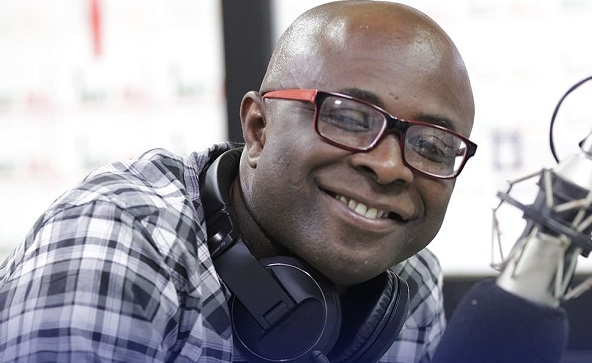 Entertainment radio show host with Accra based Peace FM, Kwasi Aboagye has asked that entertainment critics and hosts walk their own path than look up to him.

His utterance comes up after another critic in an article titled Kwame Dadzie’s rant: Kwasi Aboagye is the cause of ‘low-quality content on entertainment review shows.

Portions of the article read,” Kwasi was on top of his game in those days. His topics were deep and relevant to the growth of the industry, he probed and asked incisive questions.

The same cannot be said of the man most of us looked up to about 15 years ago. Kwasi Solomon has changed!

The content of his show has been influenced by wishy-washy uninspiring trends. He has lost it.”

Kwame Dadzie’s article was borne out of a recent concern raised by Kwasi Aboagye about fallen standards in the Entertainment industry.

Reacting to the news on Zylofon FM, Kwasi Aboagye advised other show hosts not to look up to him since he was not the standard. According to him, the article was ill-motivated and only aimed at taking a dig at him.

“The industry is saturated with too much pettiness. I think Kwame Dadzie doesn’t come close to me in anything. If you want to take a dig at me, that’s fine but do it from a good point…”

Kwasi Aboagye rounded up saying he was the best entertainment show host in Kumasi and was proud of his achievements.

Popular Demand! Fast & Furious Pop-Up Channel Back On DStv Ahead…

Stacey Amoateng Shoots Down Reports Of Being Sacked From ABN