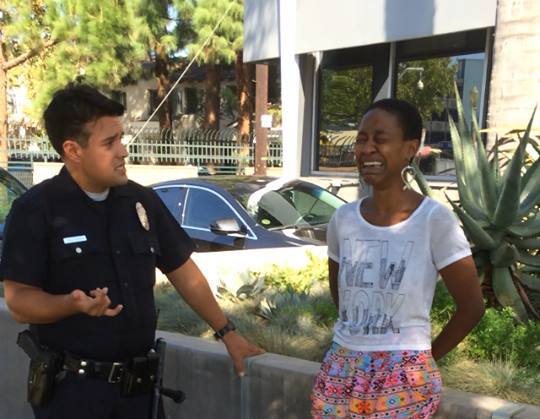 TMZ reports that “Django Unchained” actress Daniele Watts may be convincing in the movies, but not in real life, because she’s just been charged with lewd conduct for allegedly having sex in her car outside CBS Studios.

Watts went on a campaign against the LAPD … accusing cops of racism for cuffing her after people complained they were banging in the Mercedes in Studio City.  Watts, who claims she and her BF were just making out, walked away from cops in a fury, so they cuffed her and brought her back.

Prosecutors listened to the LAPD audio — obtained by TMZ — and realized what was up.  Armed with various witnesses and photos of Watts straddling her BF with her breasts exposed, she and the BF were each charged with lewd conduct in public.

The crime is punishable by a maximum of 6 months in L.A. County Jail.

I still held on regardless what people said – Okomfour Kwadee

Bobo Pee out with “Bad Man”