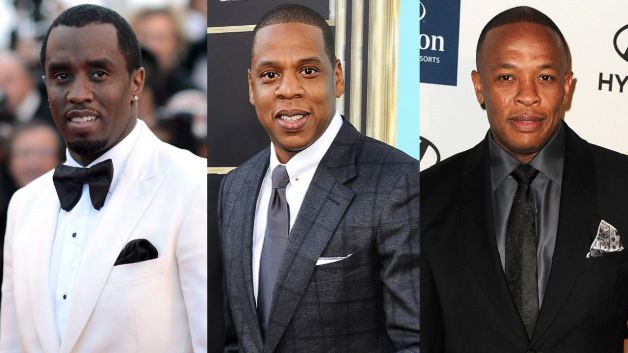 Jay Z, Sean “Diddy” Combs and Dr. Dre made Forbes’ 2013 ranking of the “World’s Highest-Paid Musicians,” standing as the only hip hop-related names on the list of 25.

Madonna topped the list with $125 million, most of which came from her MDNA Tour, which grossed $350 million over the last year. Lady Gaga earned second-place and netted $80 million — a number that could’ve been higher had a hip injury not forced the “Do What U Want” singer to cancel the remainder of her world tour. It still surpassed $160 million in revenue.

Live shows, however, had little do with Diddy, Hov and Dre’s placements. Although Hov has been touring in 2013, and all three started out as music artists, the brunt of their earnings over the last year came from outside ventures.

Dre continues to up his net worth due in part to the massively successful Beats by Dre line of speakers and headphones; Diddy’s Sean Jean clothing line, partnership with Cîroc vodka, and newly launched Revolt TV channel contribute to his multi-million dollar status; and Jay has mastered the art of music moguldom. He and Beyoncé are music’s first billionaire couple, but Brookyln’s Finest also brings in solo cash through a bevy of outlets including his Roc Nation record label/management company and various other entertainment and sports related deals.