Did M.anifest Prophesy About America’s Ban on Muslim Immigrants in “Suffer”? 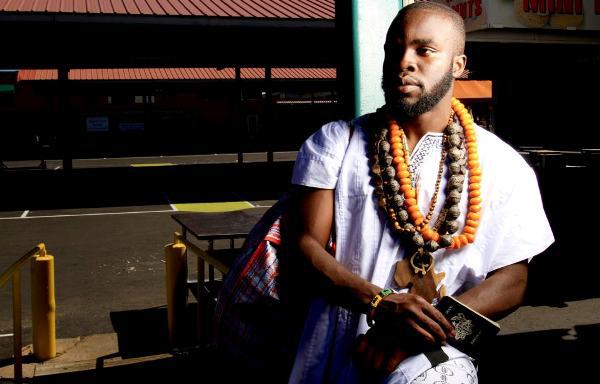 Not only are some artists regarded poets for their ability to weave words into beautiful clothes such as the traditional Kente worn by kings and queens in Africa. Their ability to project society and right the wrongs to make life worth living seems to always earn them other accolades such as ‘great artists’.

One of such great artists is Ghanaian born rapper M.anifest whose lines in the 2011 Suffer released single which featured on the Immigrant Chronicles; Coming To America album seems to have qualified him for a prophet as well.

With a recent executive order signed by the new president of America, Donald Trump to place immigration ban on seven Muslim countries, it is obvious that any individual with the name Mohammed or Mustapha would have a problem travelling to America.


This is when Ghana’s Hub For Pop Culture & Urban Entertainment News – www.nydjlive.com takes us back to the lyrics of Suffer and ask if M.anifest indeed saw it coming. With lines such as below, it is quite clear the brother knew what he was rapping about.

“If you got a name like Muhammed or Mustafa

Cause since towers fell it’s been hell if you other

Like Benjamin Linus, your grind is bound to suffer”

If you got a name like Mohammed or Mustapha…

The ban names only seven countries including Iraq, Syria, Iran, Sudan, Libya, Somalia and Yemen for now but it’s very admissible that America has been very strict on Muslims for since the fall of the Twin Towers of the World Trade Center.

President Trump has refused to describe his ban as one for Muslims but says its “working out very nicely”.

The question we raise now is, Did the god MC of Ghanaian rap music foresee this coming? Does he qualify to be a prophet too?

Watch video from Suffer from below.