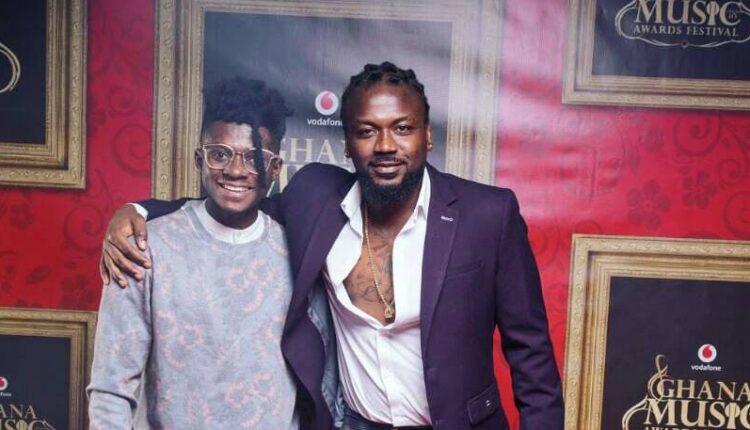 Samini, who recently released his seventh (7) studio album Untamed in an interview with Sammy Baah on Zylofon FM disclosed he only endorsed the artist for his uniqueness and talent.

He however did not rule out a possible signing saying that should that happen, an official announcement would be communicated.

“Deon is endorsed by High Grade, but we have not…like signed him on as an artist that we are going to be managing. If that happens, we are gonna announce that…”, he said.

“And so far he’s been consistent with some of the stuff I’m hearing from him and I only hope that Ghanaians give him more ears and then eventually he can land proper”, Samini added.

During Samini’s performance at the 2018 Vodafone Ghana Music Awards, he introduced the artist on stage saying;

“I’ve been watching TV and I’ve seen his video and I want to tell Ghanaians I want to sign this kid because I think he has more than what we have seen.”

Nominated for Unsung Artiste category in 2017, Deon Boakye has worked with the likes of Yaa Pono, Strongman, Kofi Kinaata, Medikal, Ko-Jo Cue amongst other influential names in the industry.

Samini has had a great run grooming artists including Stonebwoy and Kofi Kinaata into successful musicians.