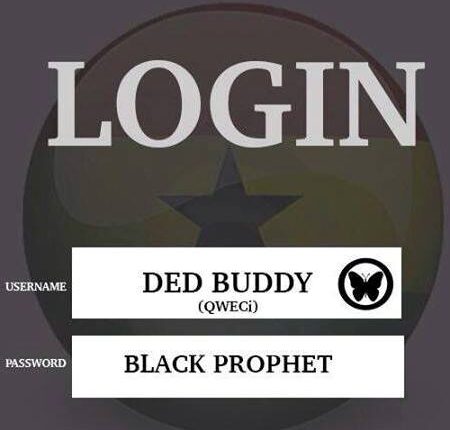 Once upon a time, the RnB legend rapped! Qweci who was earlier known and passionately called Ded Buddy has stepped back into the music industry since last year after a long break. Ded Buddy collaborates with the versatile dancehall artist; Black Prophet to unleash the new banging
single; “Login”  which he produced all by himself.

He has dropped a couple of singles and released a mixtape dubbed “Back Home Mixtape”, which I believe was the official come back mixtape and also toannounce the rebrand of his stage name. He also held a benefit concert last year November to support children with Autism and that concert was supported by other industry players like Kontihene, Jon Germain, T Blaze and many many others…

Some say experience is the best teacher but I say talent is your personal lifetime professor. I suppose this is the modern day Ded Buddy and just
like wine, he gets even more better and skillful with time! See what Ded Buddy and Black Prophet is about to do to the dancefloor… Enjoy!!

Make Over Show, “Take It To The Streets” debuts on Viasat1 on April 27