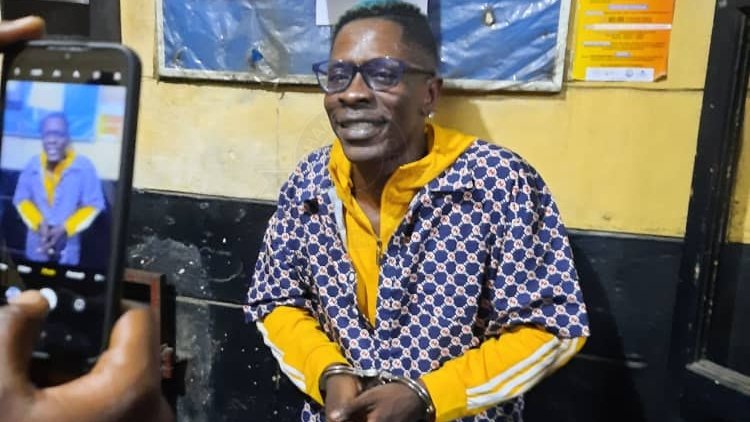 Ghanaian dancehall artist and the man at the centre of an alleged gunshot incident, Shatta Wale has been arrested.

His arrest comes moments after the Ghana Police Service in a statement revealed it had picked up two suspects in response to the alleged circulation of false claims on the alleged gunshot attack on Shatta Wale.

The two, Kojo Owusu Koranteng, also known as Nana Dope and Eric Venator, alias Gangee were arrested on Tuesday, October 19, 2021, for allegedly spreading false information with the intention to cause fear and panic.

According to an update by the Ghana Police Service, Shatta Wale turned himself in around 8.59 pm on Tuesday 19th October 2021.

He is to assist the Police in investigations for his alleged involvement in the creation and circulation of information intended to cause fear and panic.