Damilola Adegbite And Chris Attoh Reportedly Unfollow Each Other On Instagram 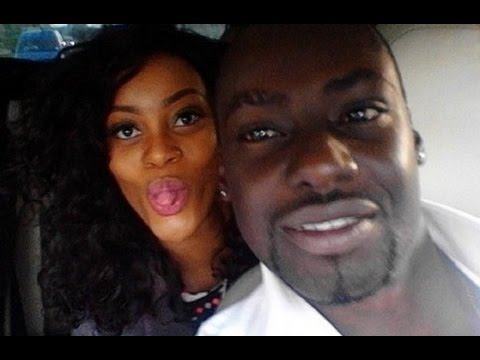 Reports of Ghanaian actor Chris Attoh and wife Damilola Adegbite separating as a couple have been rampant in the news lately.

Now, according to Pulse which carried out a research on the couple’s Instagram accounts, the couple were discovered to no longer follow each other on the photo social media.

Damilola Adegbite seems to have been dropping hints about their separation since 2016 though.
Last year, she wrote a message to her fans and followers saying she’s trying to stay strong for her two-year-old son.

She wrote, “No one will ever fully understand what your struggles and fears are. No friend, no family. The only one who has enough reason to make a decision is you.


“If you are looking for approval from anyone before you make that move, you will remain at the bottom, in sorrow, till you are courageous enough to put your foot down and fight for what you want (or against what you do not want).
“I know many of us would want to leave all the necessary adjustments in the “new year resolution folder.”

Damilola Adegbite also added, “Be angry and tired enough to start making changes to your life, now! Live the life you deserve, the life that you would be happy to look back at when you die. Do not worry about what people will say or think. It is your life! Live it in a way that gives YOU peace.”

Meanwhile, on February 14, 2017, their wedding anniversary, Damilola Adegbite did not acknowledge any of her husband’s public display of love on social media.
play

Chris Attoh took to Instagram sharing various photos alongside emotional messages which didn’t get any reaction from her.

Davido Reveals He Was Pressured To Change Music Style (Video)