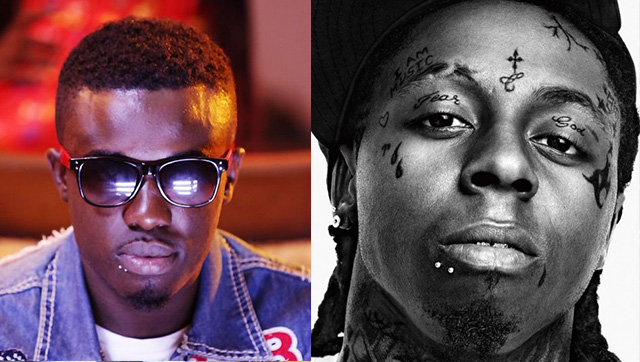 “I don’t have piercings on my upper lips. I used to have a Lil Wayne piercing but now its TuPac level – when Pac had this on, everyone knew he was gangster. People get this piercing thing all twisted, truth is, it’s all fashion.

The rapper who appeared on the show looking all dapper clearly wasn’t on to talk about his cash and made it clear:

“I don’t want to talk about money now, I’m tired of talking about money. I’m living the dream right now. I was in the car with my manager and reminiscing how we talked about having three to four songs out and them all popping. Real BadMen, P3p33p3 and Forgeti Obia are my jams they are doing well. I have my forth one is on its way with Nigerian artist featuring, 2015 is my year.

Answering Giovani’s question on why it took him a time to come back after his Ayi song said:

“I do a lot of stuff beside music but I knew after Ayi I had to impress my fans with my next project.

Answering a fan’s question about the source of his wealth, the Real BadMen rapper quipped;

“I be plumber for America. I dey repair pipes.”

The Late Nite Celebrity Show airs on Monday, Wednesday and Friday at 9.30PM.