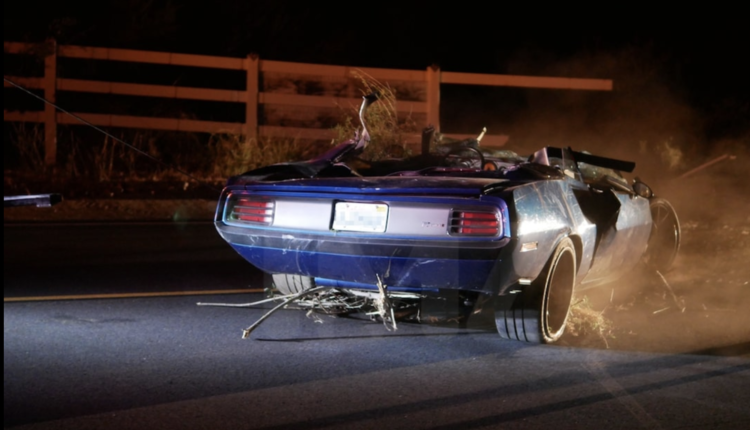 According to  TMZ, the 40-year-old actor/comedian suffered “major back injuries” after his Plymouth Barracuda veered off Mulholland Highway and landed in a ditch in Malibu, California.

A police report,  obtained by Us Weekly, states that Hart “left the scene to his nearby residence to get medical attention.” The roof of his vehicle was reportedly completely torn off. Hart was not driving and the driver of the vehicle was not under the influence of alcohol, according to the report.

Hart and the driver both suffered injuries while the third person in the car, a woman, was not injured. After making his way to his home, Hart reportedly sought treatment at a local hospital. It isn’t clear as to how extensive Kevin Hart’s injuries are at this moment. Prior to the accident, he posted a video on his Instagram Story of himself in his car, screeching its tires.

Hart bought the car back in July as a gift to himself for his 40th birthday.

See video of the crash scene below.