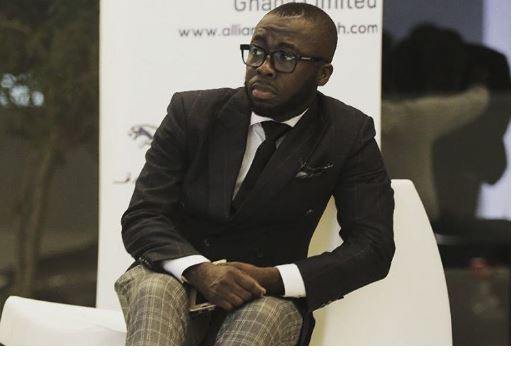 Revered radio personality and musician, Andrew Akwasi Amoh otherwise known Dosty wishes his works would form part of his colleague presenters’ playlist but that has certainly not been the case.

As monitored by Abrantepa.com, the Multimedia staff in an interview on Accra FM’s Entertainment Capital, Saturday, said he could not fathom why radio presenters would not play his songs on their shows.

Andy reasoned that the quality of his songs together with him being a fellow radio presenter should have been enough to warrant his songs gaining airplay.

“The kind of help my fellow presenters are supposed to offer me is not forthcoming,” he said.

Asked if he thought it was because of his ‘refusal’ to induce them with money, Andy Dosty responded that presenters should not always be ‘greased’ to promote good music.


According to him, he has relentlessly promoted some records for free. He further mentioned that perhaps, the reason he is not getting that attention from DJs and presenters is because most of them do not know good music.

“Must it always be about payola? It is not about payola. Some people have used cars as payment for payola, others used mobile phones, huge sums of money, but their songs were still not played regardless of how nice the song was. I don’t know why. Maybe they remember me only when they meet me or what. I can’t really tell. You listen to my music; it’s a very nice song. Those who know music speak positively about my song. It’s as if most of our presenters, excuse me to say, do not know what good music is,” he said.

“Most of them had no formal training. It’s different from those who learnt and are still learning. There are people I still learn from. Most of the presenters follow trends,” he added.

Andy Dosty has a number of songs to his credit. They include ‘I Wanna Be With You’ ft Raquel, ‘Desire’ ft Trigmatic, ‘Mafe Wo’ ft Brenya and ‘Bosoe’ ft Okyeame Kwame. The latest addition is ‘Never Give Up’ which features Kesse.