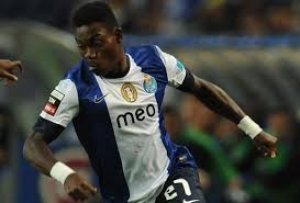 Citi Sports confirms Black Stars midfielder Christian Atsu has signed for English club Chelsea but has been sent straight out on loan to Vitesse Arnhem in the Netherlands.

Following Chelsea’s signing of Willian from Anzhi Makhachkala Atsu’s arrival took the number of wide attackers in the club to seven. With manager José Mourinho having already made clear his one in, one out policy at Stamford Bridge Atsu certainly would not have a place in the team. Christian Atsu is currently in the Netherlands with Vitesse. It is unclear yet how much it cost Chelsea to sign Atsu from FC Porto in Portugal.