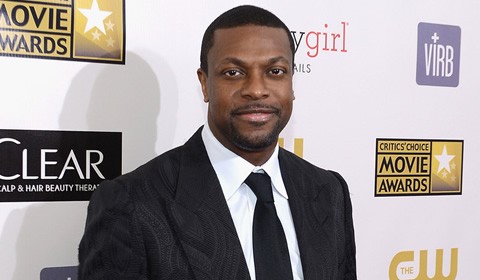 Chris Tucker has been announced as the host of this year’s BET Awards, New York Daily News have revealed.

The comedian/actor will play host at the award ceremony, which is scheduled to take place at the Nokia Theater LA Live on June 30, 2013.

Best known for his role in the ‘Rush Hour’ movie franchise, starring alongside Jackie Chan, Tucker’s profile was unmistakably raised by his appearance in the Oscar-nominated ‘Silver Linings Playbook’, starring Jennifer Lawrence and Bradley Cooper.

In a statement, he said that he is honoured to be taking part in the awards and is “looking forward to being part of a really great show.”

This year, the BET awards will form part of a three day event taking place that weekend, entitled BET Experience at LA Live.

It starts on June 28, and Beyonce will perform then. She’ll be flanked by fellow performers Kendrick Lamar, R. Kelly and The Jacksons.

We cannot wait for Chris to set fire to the BET Awards stage with his unique brand of mayhem.

We’ve been chasing him for years and we couldn’t be happier that he is hosting the show in this special year: the year we embark on the three-day-long BET Experience.