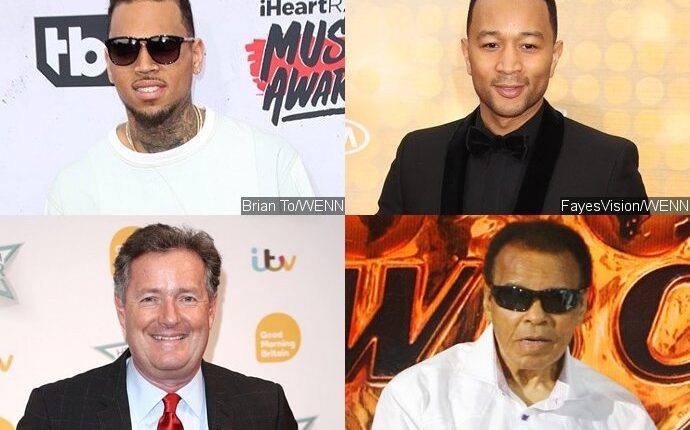 As the world continues to mourn the death of Muhammad Ali, Piers Morgan drew the ire of many people when he made some negative comments about the legendary boxer. After the late athlete passed away last Friday, June 3, the former CNN anchor tried to convince people on Twitter that Ali was actually far more racist than presidential candidate Donald Trump, who has been heavily criticized for suggesting to ban Muslims from entering the U.S.

“Muhammad Ali said far more inflammatory/racist things about white people than Donald Trump ever has about Muslims,” so he tweeted over the weekend. Many understandably slammed him for the remarks, and one of the most notable people who disagreed with his opinion was Chris Brown.

Never one to be afraid to speak his mind, the 27-year-old R&B singer launched an expletive-ridden attack on Morgan, calling his negative comments “irrelevant broadcasting.” “IS ALI RUNNING FOR PRESIDENT????? I CANT WAIT FOR PEOPLE TO WAKE THE F**K UP,” he said.

“What do I know??? I’m just a ‘BAD BOY R&B’ singer. WE HAVE NO LEADERS OR EVEN ANYONE WITH A BACKBONE TO HELP! ITS ABOUT A HANDFUL OF BLACKS THEY USE AS PUPPETS TODAY. YALL KNOW WHO THEY ARE! SPEAK LOGICALLY AND FROM THE HEART AS WELL OR JUST SHUT THE F**K UP!!!!” he continued.

The backlash didn’t seem to affect Morgan, who said in another tweet, “I hope people don’t make me sound too perfect when I die. No coats of sugar please,” apparently referring to kind words people said about Ali after he died.

Another R&B crooner John Legend reacted to Morgan’s statement this time, and his response couldn’t have been any more perfect. “@piersmorgan you could test us by announcing your retirement,” the “All of Me” hitmaker said.