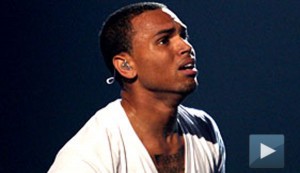 Chris Brown isn’t singing a happy tune right now. In fact, the guy is hinting that he may actually give up singing altogether. He’s been through the ringer of public opinion ever since he beat up Rihanna back in 2009, and Chris Brown has finally had enough drama in his life.

The Grammy winner took to Twitter on Tuesday and seemed to suggest that he would soon be retiring from music.

Chris Brown is talking retirement at the age of 24, and it all boils down to fame and how he believes he’s being treated by the media and public at large.

“After this X album, it’ll probably be my last album.”