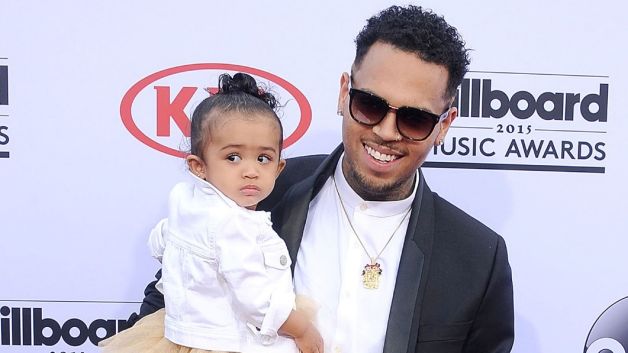 Chris Brown can make room for a much more serious battle, than that petty Tyson Beckford beef. The seemingly amicable agreement between Breezy and his baby’s mother has dissolved, and the two are now battling over child support.

According to TMZ, Nia Guzman wants more than the $2,500 monthly that she was getting from the R&B singer up until March, when he allegedly stopped paying. Brown’s insiders say he cut Guzman off after she demanded $15,000 a month.

Brown reportedly thinks Guzman is using their daughter to cash in on his riches. Meanwhile, Guzman’s side says Brown is being stingy, and baby Royalty is suffering in the process.

In the next couple of weeks, Guzman’s lawyer, Carl Moore plans to file for a monthly increase and back child support on her behalf.

If there is in fact a brewing money rift, it hasn’t stopped Brown from spending time with his daughter. Besides sharing photos and videos of Royalty on social media, he recently turned the Billboard Awards red carpet into a daddy-daughter date night.

Who represented? All the Photos from Tigo Ghana Meets Naija