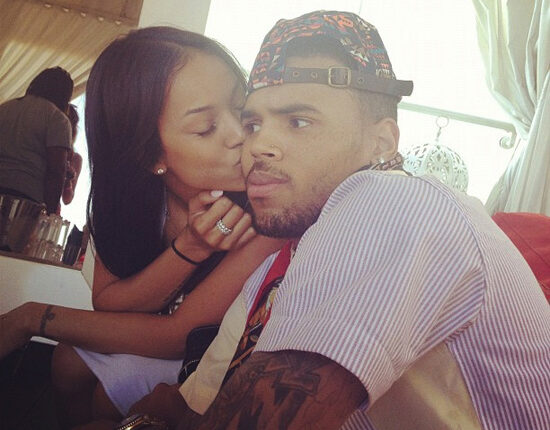 Chris Brown opened up about his feelings for Karrueche Tran in an interview in “On Air with Ryan Seacrest” on June 9. The R&B singer told the host that he still loved the 27-year-old model despite the confrontation the two had last week.

“I’m going to be honest and be a man about it and just take it one day at a time,” Chris said. “I can’t promise anything and I can’t jump over the moon, but it takes time for all wounds [to heal]. I take full responsibility for my actions and things that I’ve done in the past. I feel like it’s just a time thing.”

The “Ayo” hitmaker admitted that he wanted to be reconciled with his ex-girlfriend. “I’m not a hateful person,” he added. “Of course I still love her, but mentally right now, I think everything takes time. I just need to focus on being the best father I can be.”

In addition to talking about his relationship with his model ex-girlfriend, Breezy talked about how his daughter Royalty changed his life. “There comes a time when people kind of have to grow up and become more of an adult and take on different responsibilities,” admitted Chris. “I think this was just a blessing in disguise with my daughter because I get a chance to look at her and teach her the right path and also be a father in my daughter’s life. Just to see a smile on her face – just to see the littlest things – is emotional for me, so I just love that aspect of being able to be a father now.”

Chris and Karrueche, who split in March, were involved in a heated argument outside Playhouse club on Hollywood Boulevard. Chris wanted to talk about reconciliation with his ex but she avoided him. According to TMZ, he went to the club as he got burned by his friends who told him that the model was trying so hard to get back together with him. Unfortunately, it turned out sour as Karrueche never told anyone that she wanted to get back with him.