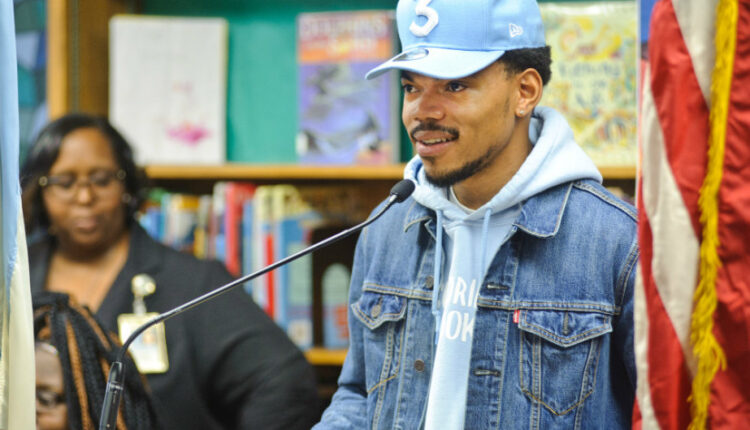 After a disappointing meeting with Illinois Gov. Bruce Rauner last Friday to discuss recently announced cuts to school funding, Chance the Rapper has decided to address the issue himself.

The Chicago-bred rapper, whose full name is Chancelor Bennett, announced in a news conference Monday that he would be donating $1 million to the Chicago Public School system.

“As a CPS graduate, Chance has shown Chicago students not only the heights they can achieve but the generosity they can share,” school district spokesperson Emily Bittner said in a statement.

“We also appreciate his strong advocacy for Chicago schoolchildren, who suffer under the state’s discriminatory system of funding, which Gov. Rauner continues to perpetuate.”

“Today, I’m proud to announce that I am donating $1 million to CPS to support arts and enrichment programming,” Chance said in the news conference at Westcott Elementary School on the South Side of Chicago.

The announcement comes just days after the three-time Grammy-award-winning rapper brokered a half-hour meeting with the Republican governor after an exchange on Twitter.