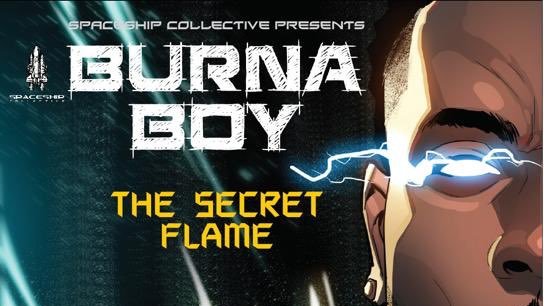 Ahead of the August 14 release of his  15 track album Twice As Tall, Nigerian Afrobeats star Burna Boy has revealed the album has more to it.

According to Burna Boy, the album will be released alongside a comic book The Secret Flame aimed at helping put the project in perspective.

Days ago, Burna Boy shared the tracklist of Twice As Tall which features other renowned stars including  Youssour Ndour, Naughty By Nature,  Sauti Sol, Chris Martin and Stormzy.

Putting out a comic book with the album that will help put this project in perspective “The Secret Flame” out 14/08 🔥🚀 pic.twitter.com/O5JzjhJHdJ