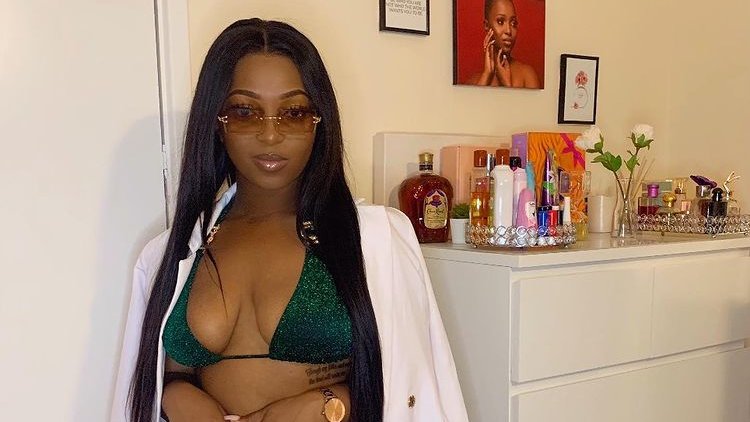 It is alleged that Burna Boy was secretly dating the girl in London while he was also seeing Stefflon Don.

Nigerian music superstar Burna Boy has been accused of cheating on his girlfriend Stefflon Don by a 23-year-old girl Jo Peal who has alleged that she and the singer had been secretly dating for two years.

Burna Boy is in a high-profile relationship with Stefflon Don, the 28-year-old British rapper whom he has been dating since early 2019.

However, Pearl has alleged that she also dated the Afrobeats star in the past two years.

“Two years is such a long time for a person to be hidden,” she said in the video on Instagram.

“It has affected me in so many ways, and I can’t hold it any more to protect people that wouldn’t protect me.”

According to her, it was Burna Boy who sent her a message on Instagram about two years ago. It took her two weeks to reply because she was reluctant at first before her friends persuaded her.

She did it unwillingly, and they started talking. Burna Boy invited her for his pop-up show in the United Kingdom, which was the first time they met.

Although she was hesitant at first because she didn’t want to date someone in the music industry, Pearl said she soon fell in love with Burna.

“His words actually worth his action. Not only will he tell me like he loves me, and other personal things, he actually showed me,” she also said.

Pearl said she moved in with Burna at his London home and went everywhere with him. “He was a breath of fresh air,” she added.

Their relationship went on well before Burna travelled to Nigeria in November, ahead of the busy Christmas schedule.

While in Nigeria, Pearl said Burna Boy called her every day until mid-December when she couldn’t get in contact with the singer for two weeks.

He later reached her to say that he had been hospitalized and reassured her of his love.

“He would tell me ‘I don’t know what this is that we got going on, but I like it, you are going to be my wife, I’m going to marry you. We are going to have twins; you are my sweet Salon Jollof’,” Pearl said.

Things got weird from that December according to her. She said she wanted to travel to Nigeria to be with Burna but his people didn’t want her to come because according to them she ‘makes him don’t want to do anything’.

In the video below, the 23-year-old narrates how she met and fell in love with Burna Boy before he started dating Stefflon Don and her reasons for coming out.

Shakira Sells The Rights To All Her Songs