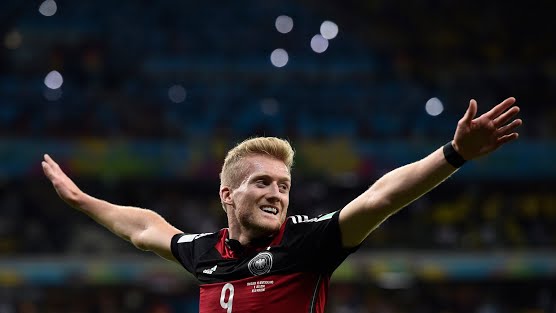 Host of the ongoing worldcup Brazil suffered a humiliating defeat by the Germans as they lost by 7 goals to 1. The consolation goal coming in from Chelsea FC striker David Oscar in the final minutes of the game.

Germany took the lead in the early minutes of the game and were tops by five goals as of the 26th minute in the first half. The first half ended with Germany leading by 5 goals.

Despite a great display in the early stages in the second half by the Brazilian national team, luck was very elusive on their part as they could not make it. This marks one of the biggest defeats the Brazilian team has ever suffered in a semi final at the world cup stage.

The Germans proceed to the finals of the Brazil world cup 2014.

With a goal from Germany striker Miroslav Klose, he becomes the record scorer in World Cup history with 16 goals.

Brazil played the game without their star player Neymar who had been ruled out due to an injury.

Check out the goal scoreres;