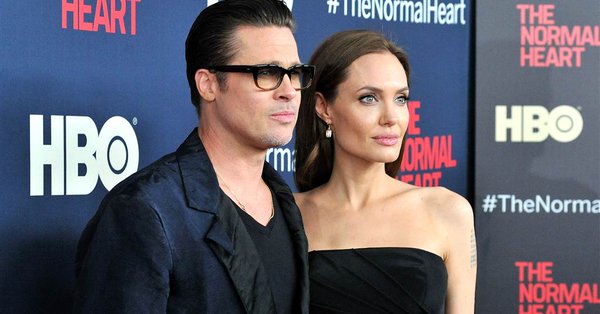 Brad Pitt fired back at estranged wife Angelina Jolie on Wednesday, excoriating her for choosing to wage a public campaign against him while involving their children.

Jolie alleged in court papers filed Tuesday that Brad Pitt hadn’t paid her any “meaningful” child support for the last year and a half amid their ongoing and public divorce proceedings.

Pitt hit back in his own legal broadside Wednesday that detailed how he purportedly let Jolie some $8 million to help her purchase her current home, and paid more than $1.3 million in bills for the benefit of her and their children.

Jolie’s filing is “unnecessary, omits material information and is a thinly-veiled effort to manipulate media coverage,” Pitt’s attorneys said in his filing.

A spokesperson for Jolie did not immediately respond to a request for comment.

Jolie, the star of “Maleficent,” painted a different picture in the two-page filing Tuesday in Los Angeles Superior Court, asking for a judge to schedule a new hearing in the case that appears to include addressing the informal agreement the couple signed regarding child support.

Jolie, 43, filed for divorce from Pitt, 54, in September 2016, citing irreconcilable differences. The Oscar-winning actress and activist for refugees around the world has six children with her actor husband. They range in age from 9 to 16.

The breakup between the couple — once known by fans as “Brangelina” — has been very public, and at times, ugly. Around the time Jolie filed for divorce, Pitt was accused of being rough with one of his children on a private plane that was en route from Europe to Los Angeles.

Pitt’s lawyers alleged in past filings that Jolie and her attorneys have compromised the children’s privacy through court filings in a bid to undercut Pitt in the couple’s custody battle.

In 2017, lawyers sought to seal records pertaining to the couple’s six minor children in the ongoing divorce and child custody case.

The incident was reported to authorities but the FBI and Los Angeles County Department of Children and Family Services both cleared Pitt of any wrongdoing after reviews of evidence and interviews with those involved.

“[Pitt] has a duty to pay child support. As of present, [Pitt] has paid no meaningful child support since separation,” Jolie’s attorney, Samantha Bley DeJean, wrote in a two-page brief filed in Los Angeles Superior Court and obtained by NBC News. The court filing did not define what is “meaningful” support.

#WIMCon2018 In South Africa: Taraji P. Henson Describes It As A Scam, Bonang Matheba Pulls Out