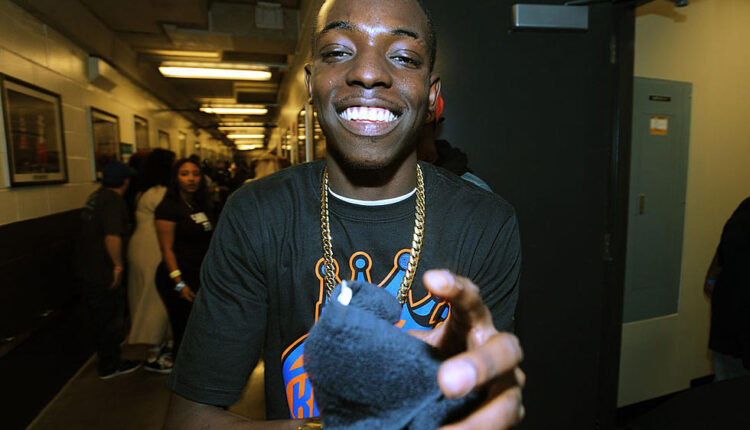 Bobby Shmurda is a free man.

After serving six years and two months in prison, the Brooklyn rapper was released from Clinton Correctional Facility in upstate New York on Tuesday (Feb. 23).

Based on the New York State Department of Corrections and Community Supervision database, his status now says “released.”

A video has also been shared via Instagram, which shows Bobby on video call after his release. “#BobbyShmurda is officially home from prison 🙏🏽🙏🏽” the IG post reads.

Now freed from behind bars, Bobby, born Ackquille Jean Pollard, still has some obligations concerning his sentence. According to a rep for the New York State Department of Corrections and Community Supervision, the 26-year-old rhymer “will serve the remainder of his sentence under community supervision until his maximum expiration date of February 23, 2026.”

Bobby Shmurda and 12 members of his GS9 crew were initially arrested on Dec. 17, 2014 at Quad Studios in New York City following an investigation into the Brooklyn-based collective.

On Sept. 2, 2016, he agreed to a plea deal and pleaded guilty to one count of third-degree conspiracy and one count of weapons possession. The rapper was convicted and sentenced to seven years in prison. Bobby’s bid hasn’t been without incident. Less than a year into his stint, he was charged with smuggling contraband into the prison.

He was sentenced to an additional four years for the case, which ran concurrently with his initial sentence.

Bobby was initially up for parole in September 2020 but was denied by the New York Board of Parole. Last month, a rep for the New York State Department of Corrections and Community Supervision confirmed he would be released in February.

One of Bobby’s co-defendants, Rowdy Rebel, was freed from prison in December. He teased Bobby’s release last week on social media. Now that Bobby is no longer locked up, new music and a documentary should be on the horizon.

3Music Awards 2021: First Batch Of Winners And Honorees Announced At…