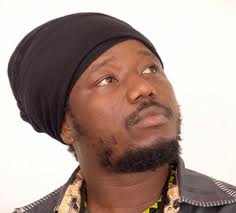 Talking on Luv fm’s private party, an entertainment review show over the weekend, Austin believes Blak Rasta has no moral rights to condemn gays, their rights and the way it is being discussed in Ghana.

According to him, it is very necessary Blak Rasta who was so much into Barack Obama and even recorded songs for his campaign attack the issue from the head as the outburst of the discussion on gay rights started back in USA with Barack Obama endorsing it.

Blak Rasta is a hypocrite and opportunist who would only want to tackle issues many Ghanaians discuss making him take all the praise. What has he said about Obama and his administration endorsing gay rights and all that?

Austin questioned the double standards of Blak Rasta citing instances where  the musician and radio presenter had openly rallied for the use of marijuana “weed” on live TV, Presenters Guide, despite the laws of Ghana frowning on it. “Who then is he to insult gays?”

Austin believes, “He who asks for equity must come with equity”

Is Blak Rasta really a hypocrite and opportunist?