BlackBerry ‘to withdraw from Japan’ 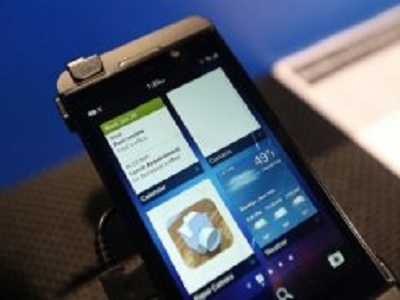 AFP – Troubled smartphone maker BlackBerry will not launch its new models in Japan, reports said on Friday, effectively heralding a pull-out from a booming smartphone market where it is being beaten by Apple.

The Canada-based company, which is hoping its long-delayed BlackBerry 10 series will turn around flagging global fortunes, will not sell the handsets in the country, the Nikkei business daily said.

The report said BlackBerry’s share of the Japanese market had slumped to 0.3 percent from about five percent in the past. The paper gave no time frame.

Domestic shipments of smartphones soared 40 percent on-year to hit an estimated 14 million in April-September but BlackBerry sales were believed to be only several tens of thousands, the paper said, without naming its sources.

Given the falling share, the company judged it too costly to develop a Japanese-language version of the new operating system, it said.

While BlackBerry helped create a culture of mobile users glued to smartphones nearly a decade ago, many of those customers have since moved on to Apple or Android-based phones.

The firm was until last week was known as Research in Motion (RIM) but rebranded itself with the launch of the BlackBerry 10 platform and Z10 and Q10 handsets.

The Wall Street Journal cited a spokeswoman for BlackBerry, who confirmed the new phone model would not be rolled out in Japan “at this time”.

“We are in the process of launching BlackBerry 10 globally in key markets and we are seeing positive demand for the BlackBerry Z10 in countries where it has already launched.

“Japan is not a major market for BlackBerry and we have no plans to launch BlackBerry 10 devices there at this time,” spokeswoman Amy McDowell was quoted as saying.

“However, we will continue to support BlackBerry customers in Japan,” she said.

NTT DoCoMo, the carrier who started distributing BlackBerry in Japan in 2006, said only that it was discussing new product launches with BlackBerry while noting it would continue customer support.